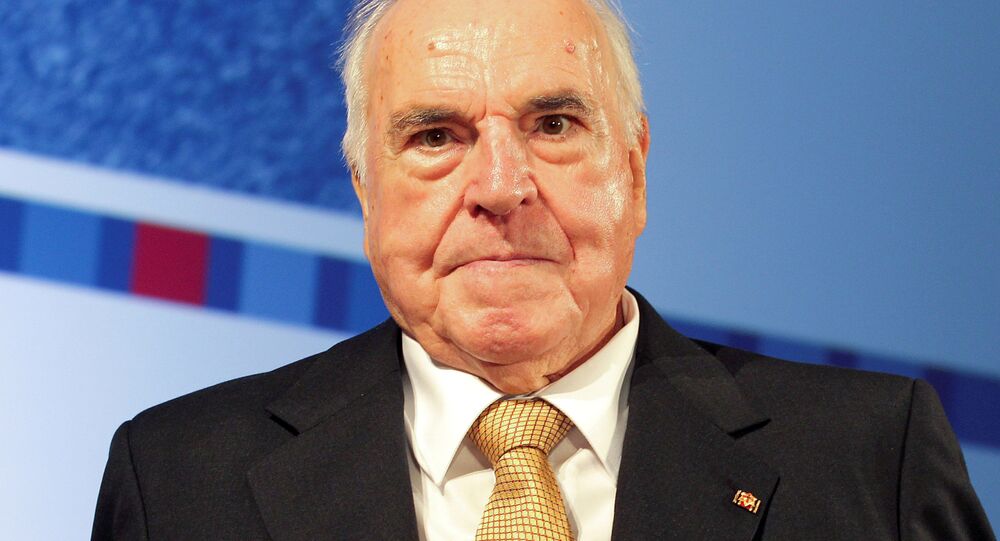 The former German leader believed that the head of the aid organization for former Waffen-SS conscripts was "a decent man," according to Spiegel Online.

At the beginning of his political career, young Helmut Kohl made donations to a lobby organization that helped imprisoned Nazi criminals and their relatives, German magazine Spiegel Online reported, referring to the recently disclosed documents.

According to the report, the documents revealed Kohl saying that he had transferred about 200 German marks to the Mutual Aid Association of Former Waffen-SS members (HIAG), which in 1962 was named after Paul Hausser, Colonel-General of the Nazi SS troops.

As reported by the magazine, Hausser's units are known for having committed war crimes. When World War II was over, Hausser campaigned for pensions for his comrades and contributed to the concealment of Nazi atrocities. However, Kohl, as the magazine noted, believed Hausser to be "a decent man."

HIAG was founded by former high-ranking Waffen-SS members in West Germany in 1951. Its main goal was to rehabilitate the armed wing of the Nazi Party's SS organization after the end of World War II.