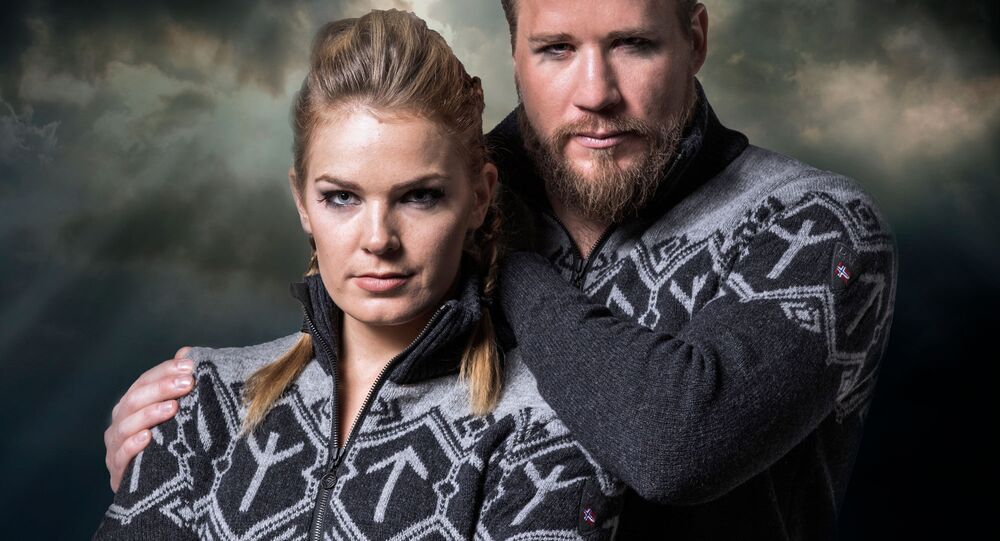 The ancient runic symbol "tyr," prominent on Norway's new Olympic uniform, has been earning Oslo some bad press, as viewers recall that the symbol was once appropriated by Nazi leader Adolf Hitler and is now being used by local extremists.

The Norwegian Alpine skiing team has been giving up their ”Attacking Viking” sweaters designed for the Olympic season because of media concerns that their runic pattern and the tyr symbol alludes to Nazism. Kristin Lysdahl, who will represent Norway’s downhill team in the Olympic Games in South Korea, has said that “none of us use it in front of reporters." Jonathan Nordbotten, a member of the men’s World Cup team who will also be competing in Pyeongchang, has also confirmed that “no one on our team uses that sweater anymore.”

© REUTERS / TT News Agency/Ola Torkelsson
Swedes Rethink Ikea as Its Late Founder's Nazi Past, Tax-Dodging Pop Up
The manufacturer, Dale of Norway, chose the rune tyr for the Olympic season collection "The Attacking Viking" as an homage to team’s nickname and, obviously, the country's Scandinavian heritage. Tyr is in essence an ancient Nordic symbol associated with the god of victory. As it long predates the rise of the Nazis, the symbol isn't considered to be Nazis property, so to speak, in the country. But like many runic emblems, it was appropriated by Hitler’s Germany for leadership schools of the Third Reich. Later, tyr was put onto banners by a far-right organization in Scandinavia, the Nordic Resistance Movement, viewed by the local police as a violent extreme group and potential public threat. This association also didn't help when the photos of athletes wearing the uniform with tyr went online.

​However, the Norwegian Ski Federation has left the right to decide whether to wear the design up to each athlete individually. Athletes can switch to a neutral "Olympic Passion" collection, also designed for the Norwegian Olympic team, if they choose.

© Photo : Pixabay
American Woman Sued for Calling German Police ‘Nazis’
Dale of Norway has rejected any connection to the far right movement and hasn’t removed the sweaters from the line, although they expressed disappointment at the coincidence.

Nevertheless, fears that far-right activists might begin appearing at rallies wearing the Olympic jumpers made one of the country’s major wholesalers stop selling the sweaters.

The decision to dump the design has reportedly induced especially strong criticism among neo-pagans, Viking reenactors and fans of the national ski team for "giving up" the collective ownership of ancestral symbols to a tiny, unrepresentative minority.