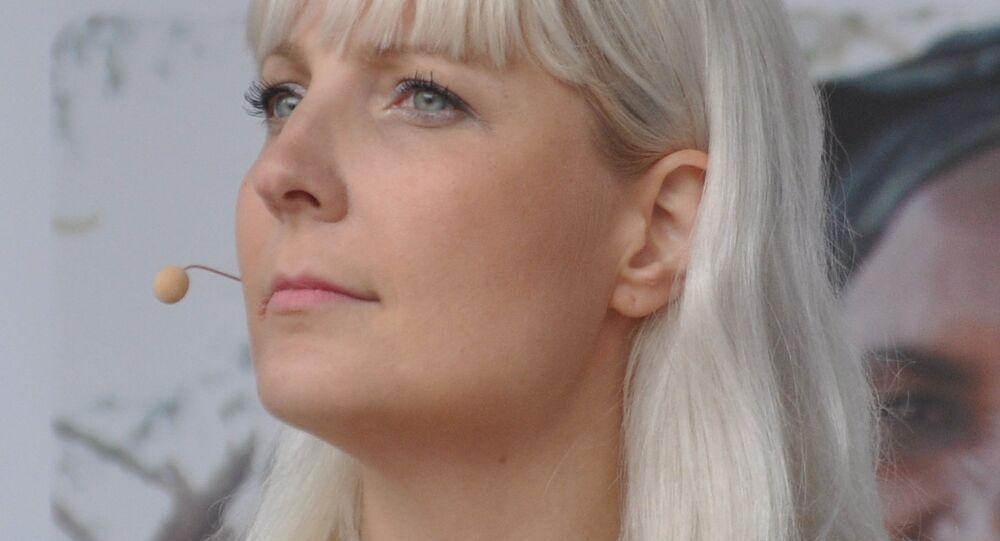 In a matter of days, Finland will be heading to the polls to elect a new president, and recent polls suggest plummeting support for the incumbent leader, Sauli Niinistö, which will potentially lead to a runoff. Some candidates are trying to win over voters' hearts and minds with a stance perceived as unusual in the Nordic country.

Laura Huhtasaari of the right-wing Finns party has become the only contender betting on a ban on traditional religious clothing that hides the face and body, i.e. the burqa and the niqab.

During an election debate Huhtasaari defended her position by saying that burqa bans are not something unique and have been already introduced in several European countries, such as France.

"I do not understand why women should be 'invisible.' Also, it is also a matter of security. In our culture, women do not hide themselves completely," the right-wing candidate said as quoted by the Finnish newspaper Iltalehti.

​In addition to her desire to protect Finland from "political Islam" Laura Huhtasaari also stands out by her desire to shield the Finnish national state from the EU. In her interview with national broadcaster Yle, Huhtasaari expressed sharp criticism of the EU, stating that she would have voted against Finnish membership, had the referendum on that matter been organized today.

© Sputnik / Alexey Vitvitsky
Finns Less Afraid of Russia, Less Keen on NATO
Huhtasaari is also opposed to Finnish NATO membership. For Huhtasaari, this is not a matter of belonging to the West, as many NATO supporters in the nonaligned country present it.

According to Huhtasaari, the issue should be settled via a referendum, and opinion polls over the last decade have consequently shown the vast prevalence of NATO opponents in the country.

While vehemently opposing NATO membership, Huhtasaari expressed her support for US President Donald Trump, who, she claimed, "takes America in the right direction," despite being besmirched "like no other superpower leader."

However, relations with Russia are also a central issue for Huhtasaari. Coming to terms with their vast eastern neighbor is important in any event, Huhtasaari stressed.

"It is not necessary to have common values to cooperate with one's neighbors. There is no alternative to reaching agreements with Russia," Huhtasaari stressed, emphasizing the necessity of focusing on issues that unite Helsinki and Moscow, such as trade and cultural exchange.

In addition, Huhtasaari is the only candidate who is against maintaining compulsory Swedish courses as part of the Finnish school curriculum, also known as "public servant's Swedish."

​The first round of presidential elections in Finland will be held on January 28, 2018. The current head of state Sauli Niinistö is being challenged by Paavo Väyrynen, an ardent supporter of Finland's departure from the Eurozone, NATO-supporter Nils Torvalds of the Swedish People's Party, Merja Kyllonen of the Left Alliance, Social Democrat Tuula Haatainen betting on a feminist agenda, former Prime Minister and Center Party's candidate Matti Vanhanen and Greens leader Pekka Haavisto.

Over the past two months, support for Sauli Niinistö has plummeted by 17 percent, a gain shared by most contenders. Huhtasaari is currently polling third, according to Yle.