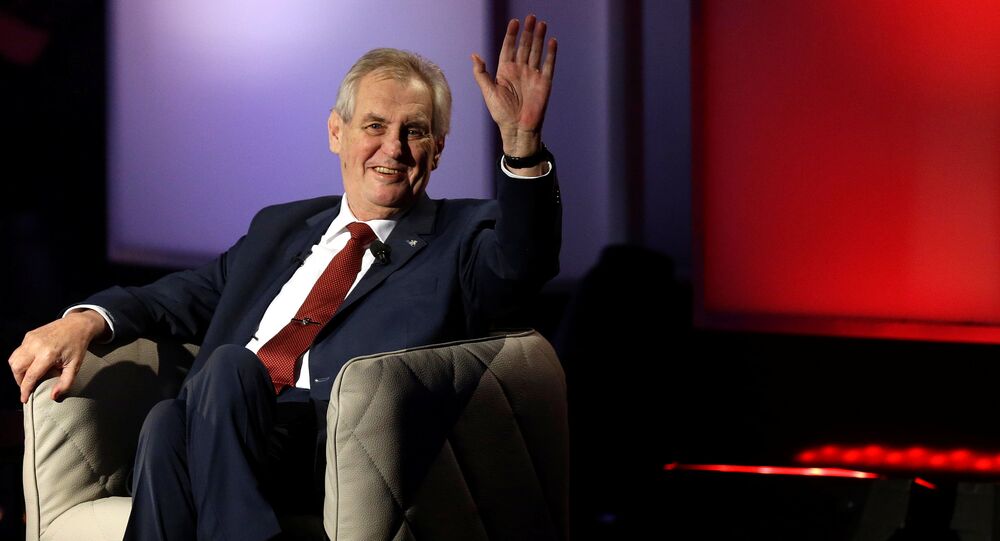 Czech President Milos Zeman has blasted any suggestion that Russia may have interfered in the country's ongoing presidential campaign in a debate with opponent Jiri Drahos.

In the course of Tuesday's televised debate, the first between Zeman and Drahos, the opposition candidate suggested that Russian intelligence services had meddled in last October's elections to parliament, and claimed that Moscow was also trying to influence the presidential campaign. The politician did not offer any evidence to back up the claims.

Brushing off the accusations, Zeman said that Drahos was mistaken. "You have insulted voters, turning them into a mob which can be manipulated by foreign intelligence agencies," he noted.

The president added that such statements by his opponent were aimed at "confusing the public."

"Our Security Information Service has officially stated that your allegation is untrue. If the Russian security services had intervened, they would probably have recommended voting for the Communists, but the Communists failed," Zeman stressed.

© CC BY 2.0 / Marcin Wichary / Russian hacker bear
Busted! List of Upcoming Elections Russia Will Definitely Meddle In
The Czech Republic held the first round of its presidential election January 12-13. Zeman, running for reelection to his second and final term, finished first with 38% of the vote, followed by Drahos, the former president of the Czech Academy of Sciences, who received 26%. The second round will be held January 26-27.

In the past two years, Russia has been accused of meddling in elections in the United States, the Netherlands, France, Germany, and several other countries. Russian authorities have repeatedly denied such claims, saying that the best proof of their unfounded nature was the fact that those making the claims have yet to offer any substantive evidence.