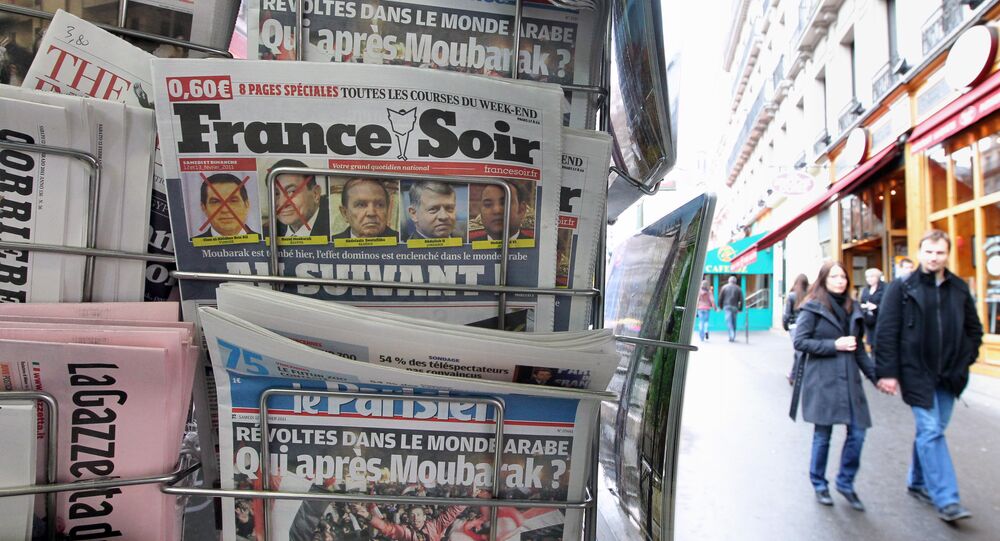 The European Federation of Journalists (EFJ) is opposing a bill on preventing the online spread of fake news, which French President Emmanuel Macron is willing to introduce, EFJ General Secretary Ricardo Gutierrez said in an interview with Sputnik France.

"We oppose this bill, which seems indefensible from the standpoint of both principles and practicality. It seems to me that it will become a law that will be totally impracticable, which cannot be implemented," Gutierrez said.

He stressed that the proposed law was a "disproportionate and counterproductive strategy," which was likely to contribute to the spread of fake news instead of combat against it.

"The idea of asking a judge to decide whether it is truth or not so quickly is absurd. It is often very difficult to check the information. It is difficult to legally determine what is true and what is false … The judge will not be able to verify the veracity of certain information, since the journalist, in accordance with his professional ethics, will tell him ‘I cannot present evidence because I must protect my sources," Gutierrez explained.

Earlier in January, Macron said that he would like to have a new law on social media, as a precaution against fake news that flooded the Internet. He added that the bill, aimed at the fight against the spread of false information during election campaigns, would be drafted within the next few weeks.

According to the French president, the new law will require more transparency regarding the identity of those responsible for sponsored content on social media platforms. The draft law will also seek to limit the sums spent on such content. The new law will also allow to refer questionable content to a judge and, if necessary, to block the offending website or delete a user account.

Over the past year, Russian media outlets have faced multiple accusations of spreading propaganda in the West, especially during elections and referendums. In May, Macron said at a joint press conference with Russian President Vladimir Putin that RT broadcaster and Sputnik news agency had been spreading fake news, which is why they had no access to his campaign.