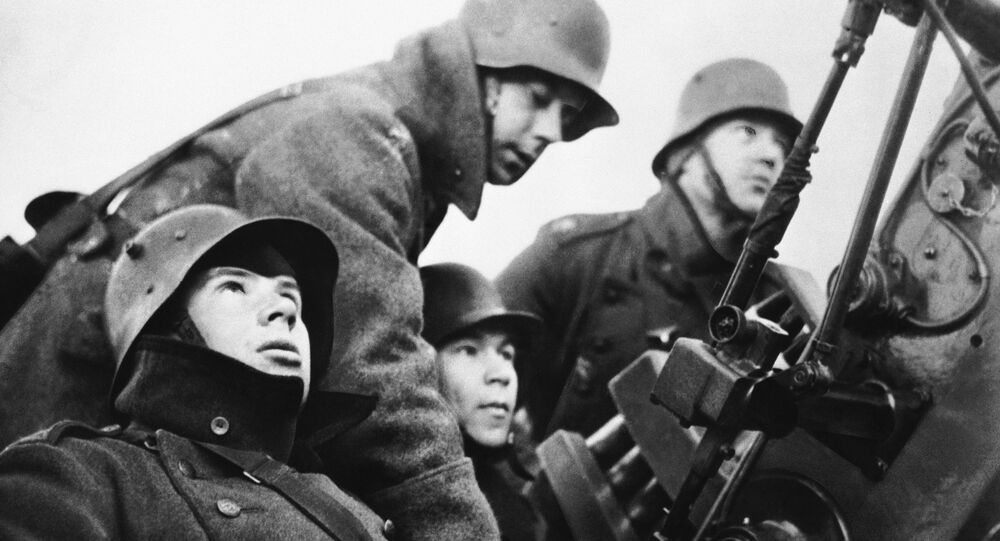 Despite being a co-belligerent of Nazi Germany, Finland's traditional perspective on WW2 has been that Finns who volunteered for the Waffen SS did not participate in Nazi atrocities. This view, however, is becoming increasingly challenged, spurring reactions from Nazi hunters.

The Simon Wiesenthal Center, a Jewish NGO specializing in exposing Nazis, has demanded an official clarification regarding the alleged involvement of Finnish SS soldiers in war crimes and the Holocaust, a topic usually avoided in the Nordic nation.

Finnish President Sauli Niinistö has received an official letter from the SWC with a request to conduct an official investigation into the actions of Finnish citizens who volunteered for SS during World War II. According to the president's office, this matter is now under consideration, Finnish national broadcaster Yle reported.

According to SWC Jerusalem director Efraim Zuroff, there are ample prerequisites for such a request. Zuroff referred to the discussions spurred by the book by journalist Elina Sana about 3,000 Soviet prisoners who were transferred by Finland to the Gestapo. Many of them were Russian Jews and died in German death camps.

The SWC previously appealed for an explanation to then-Finnish President Tarja Halonen who subsequently delegated the matter to history professor Heikki Ylikangas at the Helsinki University and the Academy of Finland.

In Finland, both historians and the general public traditionally believe that around 1,500 Finns who volunteered for the Waffen SS and fought in the Eastern Front, including the Battles for Kharkov and Stalingrad, but that they exclusively participated in combat operations and were not involved in numerous war crimes committed by SS troops.

© CC0 / Hapo / Swallow-tailed state flag for the president of the Republic of Finland
'A Token of Belonging to the West': Why Finland Is so Fond of Its Swastikas
This traditional view has, however, been questioned by historian André Swanström, an associate professor of the Turku University, who found insinuations of Finns' participation in the Holocaust.

In his blog, Swanström quoted a letter by Finnish SS soldier Olavi Kustaa Aadolf Karpo to officer and military pastor Ensio Pihkala, in which Karpo regrets the fact that he and his comrades were utilized for shooting Jews, when "less skilled personnel would have sufficed." In their letters, Karpo and fellow SS-men were also frustrated over being sent on a factory detail, while their brothers in arms got the chance to "shoot some pickle-headed Ivanovichs." Swanström found it was clear that Karpalo knew that he could be brought to justice for what he had done, which is why he, like many fellow Nazi criminals, fled to Venezuela, where he died in 1988.

​Swanström implied that Finnish SS soldiers were much more loyal to the Nazis than generally believed. According to Swanström, many of them later employed a "selective memory loss" strategy coupled with the habit of diminishing their war crimes or dismissing them as fantasies. By his own admission, these revelations have incited rage within circles which still idealize the Finnish war heritage. Subsequently, Swanström was accused of raking up the past and smearing individuals.

​"They call me 'cultural bolshevik' and other, uglier things," Swanström told the Hufvudstadsbladet daily, admitting that he was forced to conceal his phone number for security reasons.

While Efraim Zuroff emphasized that the Nordic countries generally have a good reputation (as the very same Finland refused to deport Jews to Germany during the war) he nevertheless admitted that charges will be brought against Finns if sufficient evidence is found of their involvement in Nazi atrocities.

​"If such people are alive and able to answer for their actions in court, this must be done, but I believe that they are likely to be no longer alive," Zuroff said.

The Simon Wiesenthal Center was established in 1977 and named for a Nazi death camp survivor, who lost most of his family members in the Holocaust and later pledged to hunt down Nazis and bring them to justice.