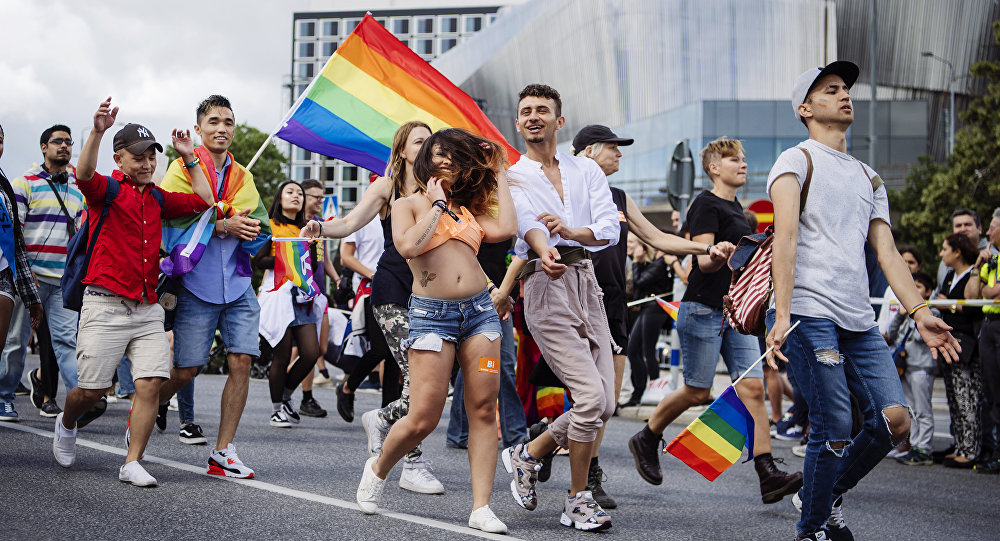 The number of Swedes who applied for a gender investigation has risen by 25 percent, indicating a steady increase in "gender dysphoria" diagnoses, which is commonly referred to as "being born in the wrong body." At the same time, more refrain from choosing their gender.

Over 1,000 Swedes applied to investigate their gender identity in 2017, a marked increase compared with the year before. Some of those suffering from gender dysphoria undergo sex-reassigning treatment, becoming transsexual, obtaining a new gender identity, both body-wise and legally.

However, not everyone seeking gender investigation can or wants to choose if they want to be defined as male or female. More Swedes defy belonging to the traditional genders and simply choose to define themselves in a different way, while forgoing gender reassignment operations and hormone treatment.

"I think it's more common than you think," Nino from Gothenborg, who belongs to this category, told Swedish Radio. "I know that refusing to define oneself may sound like a cliché. But don't people generally feel that they cannot fit in?" she asked rhetorically.

© CC0
The Horse Who Wanted to Be a Dog: Swedish Kids Taught About Transsexuality
The state of not belonging to either sex is sometimes referred to as "third gender," "non-binary" or "intersexual."

People who refuse to be placed in the traditional gender categories have probably always existed, Attila Fazekas, chief physician at the reception for sex dysphoria in Lund, said, referring to a group of several million people called hirjas in India, who defy traditional sexes and received legal recognition in 2014.

"Maybe this is not a new phenomenon after all," Fazekas said, suggesting that many non-binaries have lived in the past, attributing the increase to a greater understanding of the problem and a greater tolerance for otherness in modern society.
The prevalence of these attitudes has spurred a campaign for the legalization of the third gender designation in Sweden, as was previously done in several other countries, including Germany, which provided its citizens with an opportunity to have an indefinite gender identity.

In the autumn of 2017, a state investigation proposed introducing a third legal gender to strengthen transgender people's rights and improve their quality of life. Other proposals included introducing the possibility of not choosing one's gender at all and making toilets gender-neutral.

"The way it appears today, when only two legal sexes exist, it is as saying to the non-binary ‘you do not exist," Violetta Blinova of the Transsammans NGO told Swedish Radio, arguing it would "open more doors."

At present, there is no legal possibility of having a third gender in Sweden. Although the issue has been debated, the parties remain fragmented on this issue, with some advocating scrapping the concept of legal gender altogether.