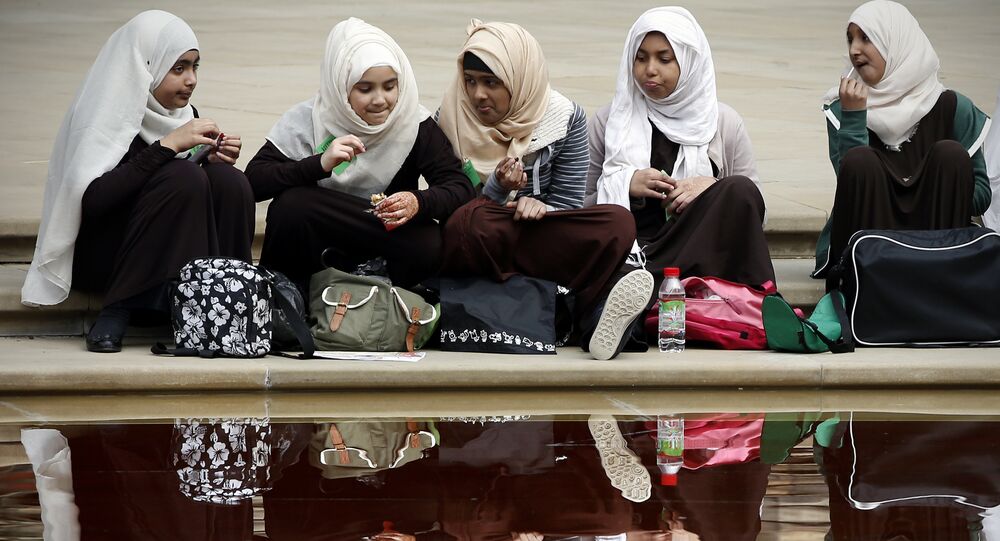 Despite one of Britain’s top primary schools calling for the government to take a firm stand on pupils wearing hijabs and fasting, it is still left to be seen if there will be national guidelines on these issues.

The Sunday Times has reported that the highly ranked St Stephen's primary school, in Newham, East London, has banned its pupils from wearing hijabs and fasting on school premises. The school authorities said it shouldn’t be their job to determine policies over matters of security and health, complaining that they consequently face backlash from parents.

The perpetrators probably read a few of your tweets on how primary schools should ban kids from wearing the #hijab and decided to take things into their own hands. #handsoffourhijab#handsoffmuslimkids

Also FYI, because this sch has banned young children wearing the hijab, as it apparently ‘hinders movement’ then what’s the schools stance on young boys wearing the turban? Does that hinder their movement too? Or is the agenda behind this ban only focused on Muslims??

For instance, as the school, which ranks high in the latest rating of the Office for Standards in Education (Ofsted) outlawed fasting in the school camps during summer exams, moms and dads of the young Muslim pupils became infuriated pointing to the fact that devout believers spend as much as around 18 hours a day on little if any food. The school authorities were then held responsible citing that they were in charge of the kids’ health.

Arif Qawi, chairman of governors at St Stephen's, said it was a big issue as some youngsters at St Stephen's and other schools were reported to be fasting from as young as eight or nine, despite generally accepted views that Muslims should only fast starting from their teens. He said the same concerns headscarves. “It should not be our decision. It is unfair to teachers and very unfair to governors. We are unpaid. Why should we get the backlash?" Qawi asked rhetorically.

It earlier emerged that Ofsted recommended UK educational inspectors to question Muslim primary school girls if they are wearing a Hijab — a move condemned as "kneejerk, discriminatory and institutionally racist" by roughly over 1,000 teachers, academics and faith leaders. The move came amid a string of events following the scandalous so-called "Trojan horse" plot, which turned out to be fake, but raised a lot of controversy around a possibility of fomenting extremism in British schools.