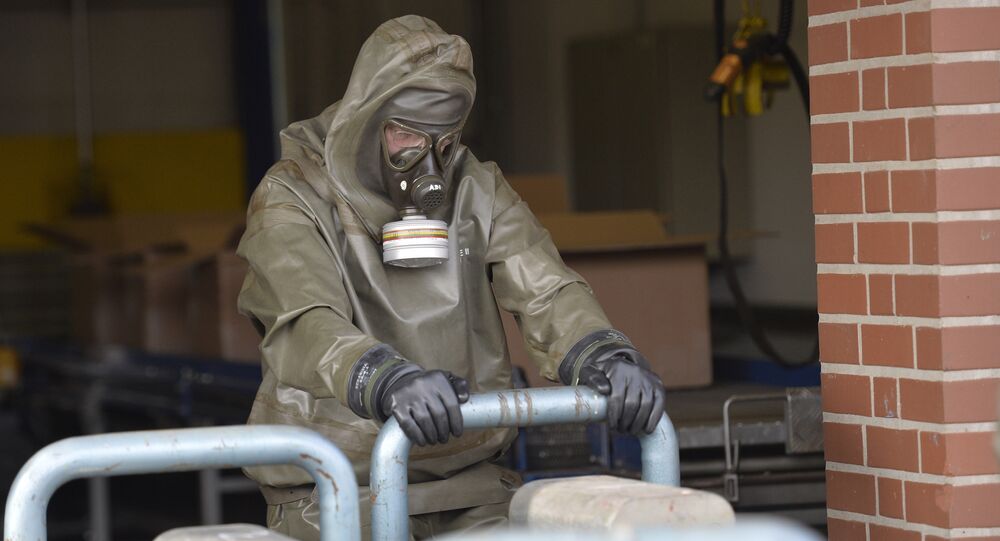 BERLIN (Sputnik) - Germany has completed work on the destruction of chemical weapons and toxic materials delivered from Libya, the German Foreign Ministry and Defense Ministry said in a joint statement on Friday.

"Germany has been supporting the elimination of the last chemicals remaining from the Libyan chemical weapons program… The costs have been defrayed by Germany and the United states. The German state-owned facility for the utilization of chemical warfare agents and remaining arms [GEKA] in Munster, that has long-standing experience, has terminated the destruction of the toxic materials," the statement said.

© AFP 2019 / Ammar al-Arbini
Mogherini Welcomes Successful Removal of Chemical Weapons From Libya
According to the statement, the destroyed materials have been stocked since the time of late Libyan leader Muammar Gaddafi, who was overthrown in 2011.

In July 2016, the UN Security Council unanimously adopted a resolution which allows states to receive, take away and destroy Libyan chemical weapons. The resolution refers to the second category of substances under the Convention on the Prohibition of the Development, Production, Stockpiling and Use of Chemical Weapons and on Their Destruction. The resolution aimed to prevent the chemical weapons from falling into the hands of terrorists.

Denmark Agrees to Participate in Removing Chemical Weapons From Libya