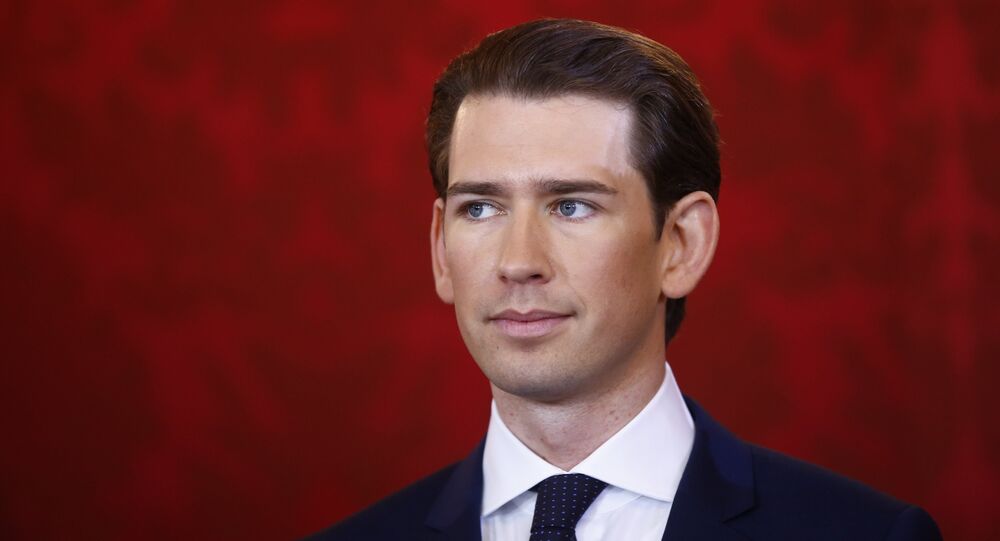 Former Austrian Chancellor Sebastian Kurz, 31, is the youngest head of government in Europe.

"As the new government, you will now have to take into account the opinion of all Austrians," Van der Bellen said, addressing the new cabinet on behalf of the citizens, at the ceremony which took place at the imperial palace of Hofburg in Vienna.

Meanwhile, up to 6,000 people have gathered in the Austrian capital to protest against the swearing-in of the new government, police said, adding that they have been amassing additional forces to ensure law and order.

The ceremony took place 3 days after the Austrian People's Party (OVP) headed by Kurz, 31, — the youngest head of government in Europe — and the FPO, chaired by Heinz-Christian Strache, announced that they had achieved an agreement on forming the coalition. In the foreign policy part of the new government’s program, Vienna vowed to end Turkey’s EU membership talks by joining forces with other EU countries that share this goal, prompting Ankara's condemnation.

READ MORE: Austria's New Government: Kurz 'Was Forced to Make Too Many Concessions'

Most recently, Kurz said that he "is looking forward to further cooperation with the German government."