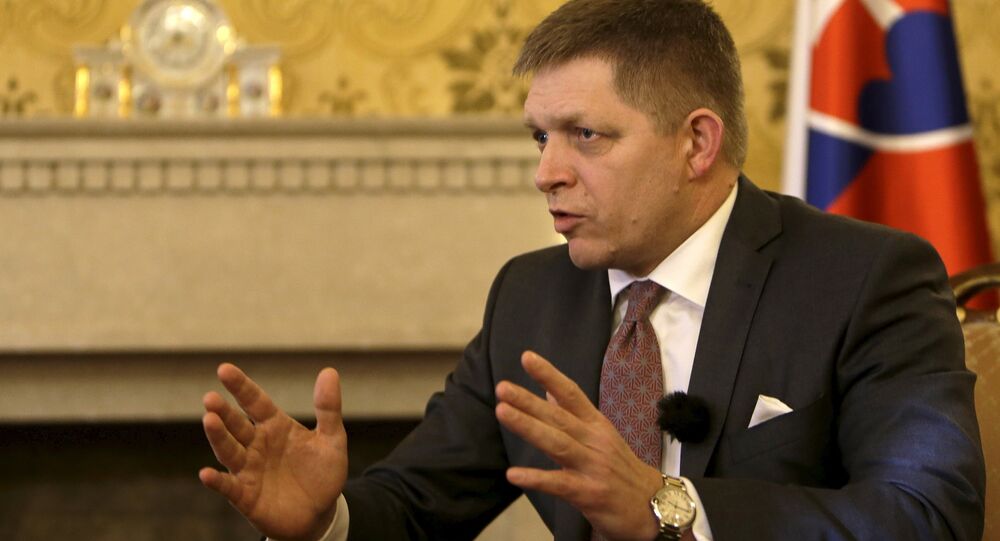 Further debates on prolongation of EU sanctions against Russia will become more and more difficult because of their negative impact on the European economy, Slovak Prime Minister Robert Fico said on Friday.

PRAGUE (Sputnik) – On Thursday, leaders of the EU countries made a political decision to prolong anti-Russian sanctions, which were to expire in late January. The formal decision may be made next week. On Friday, European Council President Donald Tusk said that the decision was made without differences for the first time.

“I did want to break the EU unity, that is why I supported the [anti-Russian] sanctions. But in the future the European Union will not be able to avoid discussions on the issue and they will become more and more difficult – also because of their negative impact on the European economy,” Slovak Prime Minister Robert Fico said.

The relationship between Russia and the European Union deteriorated amid the internal conflict in Ukraine and Crimea's reunification with Russia. Although Moscow refuted all the allegations of meddling in Ukrainian internal affairs, a number of Western countries imposed sanctions on Russia, with the Kremlin then introducing response measures and launching the policy to replace foreign imports with domestic products.

"We are living in the atmosphere of restrictions and sanctions but we are making good use of them by adapting our economy, and we have finalized the process of adapting our economy to these conditions," he told Russia's Rossiya 24 television channel.

Peskov said the Russian economy has managed to break the downward spiral and entered the "growth trajectory."