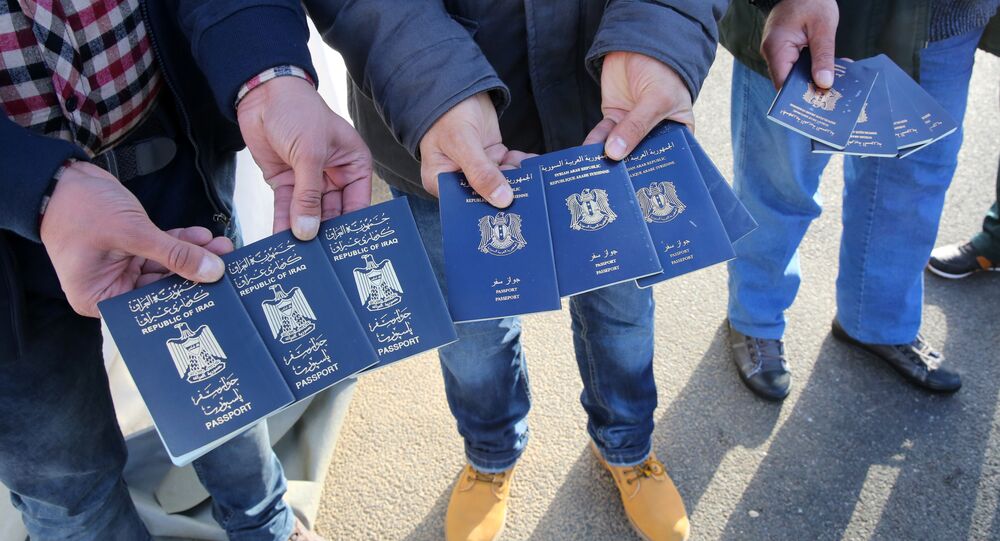 No legal reason for staying in Sweden? No problem, as plenty of "asylum dealers" offering false online histories, fabricated refugee stories and counseling on how to trick the authorities has been revealed operating in the Nordic country - with tacit endorsement from the authorities.

A widespread network of "asylum dealers" providing fake asylum stories to people seeking residence permits in Sweden has been revealed by Swedish Radio.

"I had been rejected and was afraid that they would expel me back to Iran. Then I heard that there were people who could help one out with asylum," a client of "asylum dealers" named "Hamid" (assumed name) told Swedish Radio. "I was able to buy a blog critical of the regime that had been active for several years. I took it over and then they helped me update it as if it had always been mine," "Hamid" explained. With the help of this new false evidence, he was able to gain a residence permit in Sweden.

© CC BY-SA 3.0 / Ärkan / Vellinge Östergatan
Sweden Hits Migrants Where It Hurts Most to Promote Integration
After hearing several similar stories and discovering a plethora of websites providing both false asylum stories and helping to obtain visas on dubious grounds, Swedish Radio staff contacted one of them under the pretense of smuggling an Iranian brother to Sweden, emphasizing that the man had no legal protection reasons.

The journalists were immediately offered a deal, in which the "brother" would be provided a networking history as a regime critic and receive counseling on how to present his legend in a more advantageous light. The "brother" would also receive an invitation from a company as a valid visa reason. Lastly, he would also receive background evidence on how to present his fictional asylum report to the Migration Board.

Swedish Radio reviewed three sites in Farsi selling fabricated asylum stories and tailored "asylum packages" for those willing to come to Sweden. Similar websites, however, exist in other languages.

Despite the fact that the counterfeit asylum stories business is illegal and the authorities have been aware of its prevalence for several years, no investigation has been made. Even if the Migration Board and the Police Office admitted that such rackets can undermine confidence in the asylum system, both authorities argue that their counterpart is more equipped to reveal asylum fraud.

"In Sweden, the punishment for this crime would be quite low. At the same time, it would require a lot of stress and internet research. So it would be economically unreasonable to earmark the resources that would be required to identify an offender," says Patrik Engström, the head of the National Borders Police. "The police in Sweden are facing a situation in which we find it difficult to investigate high-priority crimes. Even though we would like to investigate these crimes, it's not possible to prioritize them," he explained.

"Sweden has been very attractive for asylum applicants. A lot of people have come here if compared with other European nations, which may mean that these packages are designed for Sweden specifically," Petrén said.

"Basically, this is about people selling illegal ways of getting to and staying in Europe. It can undermine the entire asylum system, and it's also a security issue," Anis Cassar told Swedish Radio.