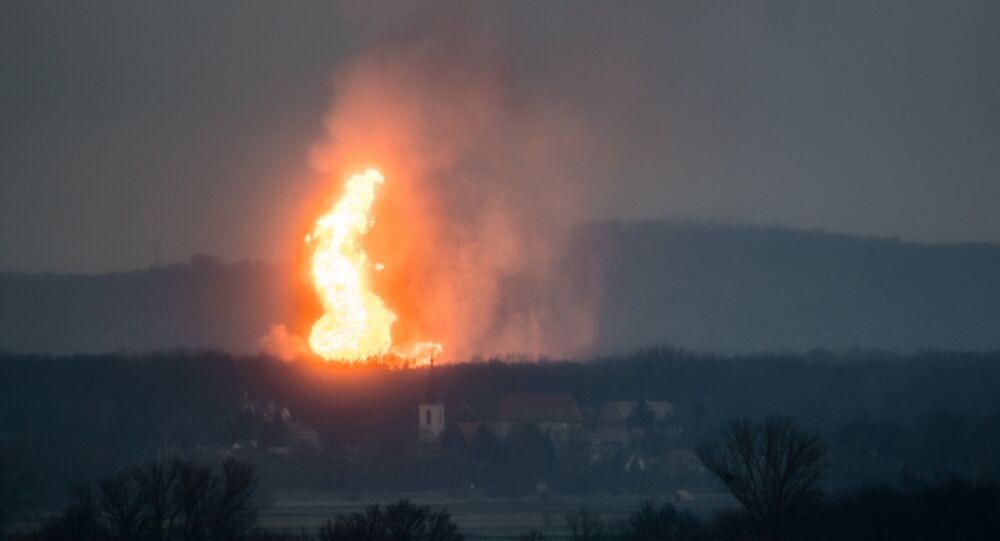 Deliveries of natural gas from the hub in Austria's Baumgarten to the EU countries will be restored within the next few hours, Gas Connect pipeline operator said Tuesday.

MOSCOW (Sputnik) — An explosion occurred early on Tuesday at the OMV natural gas station in the Austrian city of Baumgarten.

"After thorough work of a fire brigade and the regional police, the transit of gas through the Trans Austria pipeline to Italy, and the West Austria to Germany… and to Hungary will be restored in the next few hours," Gas Connect pipeline operator said in a statement, adding that the exact cause of the accident was unclear.

Lower Austria police chief Markus Haindl said that eighteen people were injured and one was killed by the explosion, adding that there was "no indication of terrorism." It is assumed that the blast was caused by a technical malfunction, Gas Connect operator said.

After #Baumgarten explosion, #EnergySecurity back high in the political agenda | We can't underestimate the importance of diversified supplies and resilient infrastructure. #gas #storage https://t.co/urLfjugSeu pic.twitter.com/nQUfXsOpww

© REUTERS / RKNO/Motz
Italy Declares State of Emergency After Explosion at Austrian Gas Hub Leaving 1 Dead (PHOTO, VIDEO)
Austria's gas regulator E-Control said the blast had derailed gas supplies to Italy, Hungary and Slovenia, with Italy introducing a state of emergency due to the suspension of Russian gas supplies after the explosion.