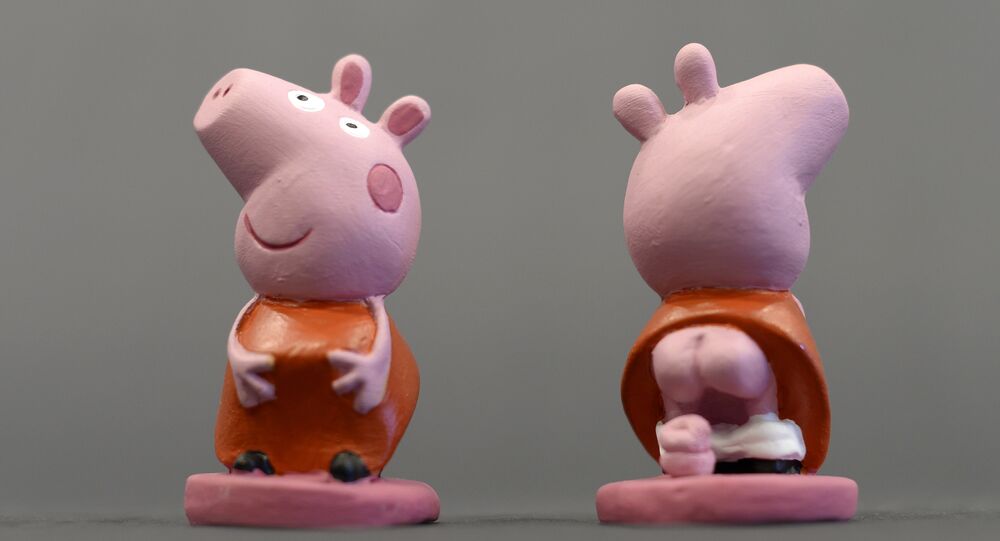 Immigrants, obese patients and smokers are often accused of pushing the NHS in England ever closer to collapse, however as 2017 comes to an end, a big pink pig appears to be the reason why the health service is in crisis.

British animation series Peppa Pig, which is a children's television show broadcast around the world, features Peppa and her younger brother George who act out family activities like swimming, visiting relatives or taking the recycling out.

Dr blames Pippa Pig for NHS crisis after the cartoon character makes too many visits to his GP https://t.co/1RFZjH5Zxe #NHS #PeppaPig @Jeremy_Hunt pic.twitter.com/fvd2FArYYH

However the episode in which Peppa visits the doctor has been blamed for painting an unrealistic picture of NHS services and putting Britain's NHS under pressure.

Writing in The BMJ, the GP and mother of a toddler suggests exposure to the cartoon and its portrayal of general practice — and Dr. Brown Bear in particular — could be the reason why some patients instantly visit the doctor, regardless of how minor the ailment may be.

"Dr Brown Bear's practice is correctly identified as operating at a level which may be beyond the capacity of most primary care services in today's stretched NHS system" #BMJresponse https://t.co/szmSaV1dxI pic.twitter.com/ExGt0oygHf

Dr. Bell presents three case studies taken from the cartoon and argues their "depiction of general practice could be contributing to unrealistic expectations of primary care?"

About time the #BBC allowed #Juniordoctors to tell the truth on why they are #Striking #SaveNHS https://t.co/ttyTKw6ebN

The article — in which Dr. Bell's tongue appears to be firmly planted in her cheek — could perhaps highlight how at times the media ignore the real story of an NHS in crisis and the many reasons why 54,000 junior doctors went out on strike in a dispute over an imposed government contract they argued was "unfair and unsafe."

However writing about the unfair treatment of doctors put in life and death situations isn't as fun as writing about a big pink pig and her friends.