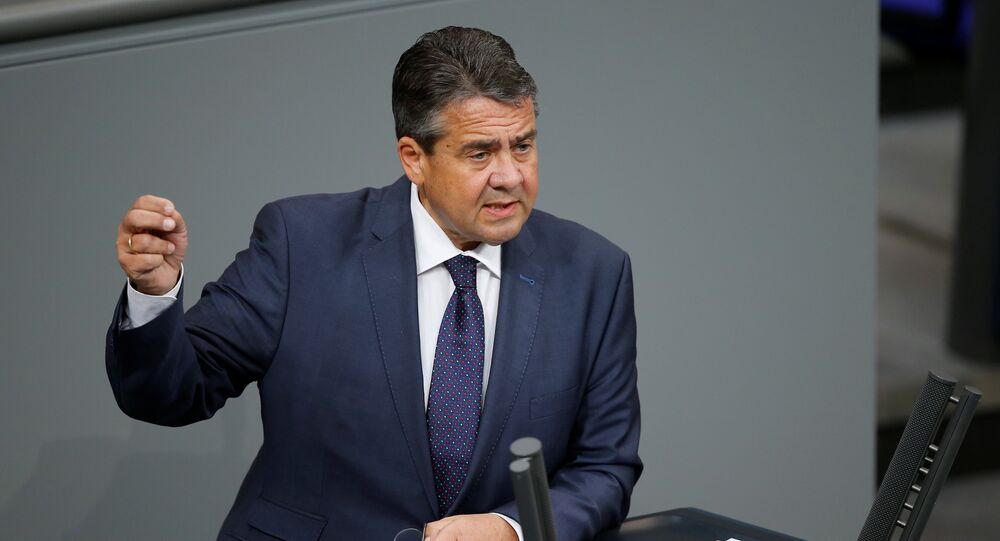 With his proposal for deeper European integration, SPD leader Martin Schulz has big plans to transform the EU into a bloc with a common constitution. His initiative hasn't been met with excitement among the conservatives, but German foreign minister and member of Angela Merkel's CDU/CSU government Sigmar Gabriel has supported the move.

Members of the conservative party on Saturday rejected the SPD chairman's idea of deeper integration within the EU, but Gabriel urged them to refrain from attacking someone who proposes new ideas.

"Politics is often criticized for not having any visions," Gabriel said. "Now someone has an idea — namely, Martin Schulz — about how to move forward with Europe, but everyone falls upon him."

According to Gabriel, Europe must become an institution "representing European citizens on the global level."

In the "changing world," national states are incapable of withstanding global challenges on their own, he argued, adding that "if we do not stand together, then our children will have no voice" on the international stage.

© Sputnik / Alexey Vitvitsky
'United States of Europe': Throwing Disobedient EU Countries Overboard
Schulz's move came amid a new round of grand coalition talks with Angela Merkel that may put an end to the political deadlock in the country.

The transformation of the EU into a more deeply integrated bloc is supposed to take place by 2025.

In his recent speech, the SPD leader stated that the concept of a national state has become outdated. The initiative, however, was criticized by his opponents as a move that might increase tensions in the European community.