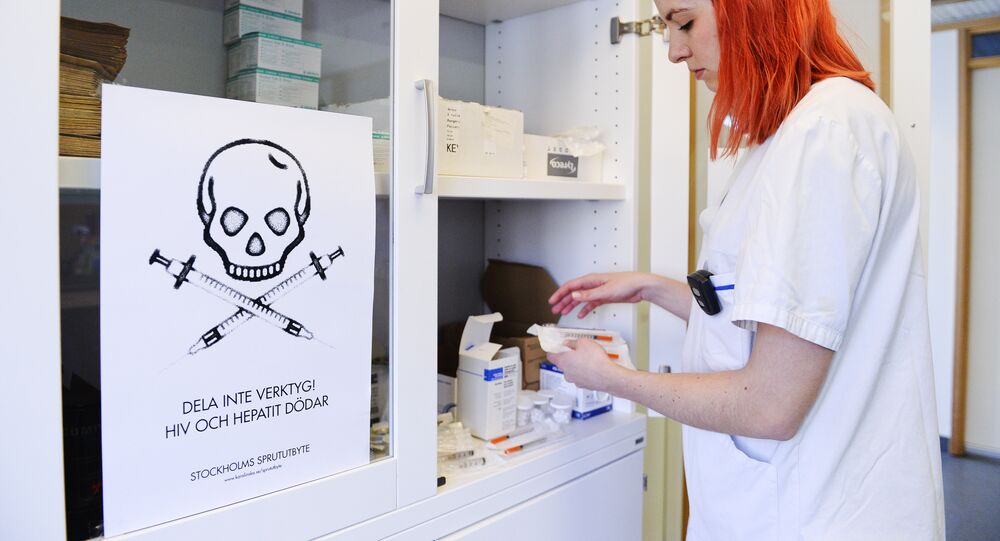 The number of people seeking HIV care in Sweden has increased significantly in recent years. Mass-scale asylum immigration is seen as one of the reasons, as most new cases originate from abroad.

Ten years ago, a total of 1,684 people throughout Sweden sought HIV care. In 2016, the figure rose to 6,273, the news portal 24Malmö reported, indicating a four-fold increase.

An important factor contributing to the rise is the large-scale immigration to the Nordic country, according to the Swedish Public Health Authority. The majority of the new cases concern people from abroad, the agency wrote on its website.

Only 16 percent of the HIV cases reported in 2016, involved the infection being transmitted in Sweden, which is less than the average number of domestic transmissions for the past decade. With the exception of a few cases of undisclosed origin, the infection was transmitted abroad in the vast majority of the cases.

UMO.se
Sweden Enlightens New Arrivals on Dos and Don'ts of Sexual Life
Anders Tegnell of the Public Health Authority attributed the spike to the widespread immigration from countries with extensive HIV problems.

"Also, there are more and more people living with HIV today, because you no longer die of AIDS," Tegnell said.

Between the late 1980s and the early 2000s, the number of new HIV cases remained fairly unchanged at around 300 a year. Since 2003, there's been a clear increase to around 440 cases a year. Around the same time, immigration to Sweden accelerated to tens of thousands of immigrants a year. In 2016, Syria, Eritrea, and, surprisingly enough, Poland supplied the most immigrants to Sweden.

In 2015, the peak year for immigration to Sweden so far, 450 new HIV cases were reported. Of them, 80 percent were foreign-born persons, who were infected before their arrival in Sweden. At least 107 of them had a previous diagnosis in another country.

© Photo : Pixabay
Swedish Brochure Teaches Migrants How to Have Sex, Avoid Authorities
Last autumn, Sweden was declared the first country in the world to achieve the UNAIDS/World Health Organization (WHO) 90-90-90 target. By the end of 2015, 90 percent of HIV cases in Sweden were diagnosed, 99.8 percent of patients were provided care and 95 percent of people taking antiretroviral drugs for at least six months had a viral load below the level of 50 copies/ml.

In Sweden, HIV treatment comes with a disclosure obligation. In 2010, Sweden was found to have the highest rate of HIV-related convictions in the world, 60 times more than France and 24 times more than the US. However, the Nordic country's stringent laws have been challenged by experts and organizations such as the Swedish Association for Sexuality Education (RFSU), the Swedish Federation for Lesbian, Gay, Bisexual, Transgender and Queer Rights (RFSL) and HIV Sweden, which work to abolish the disclosure obligation under the pretext that effective anti-retroviral therapy makes people in essence non-infectious when it comes to sexual contact.