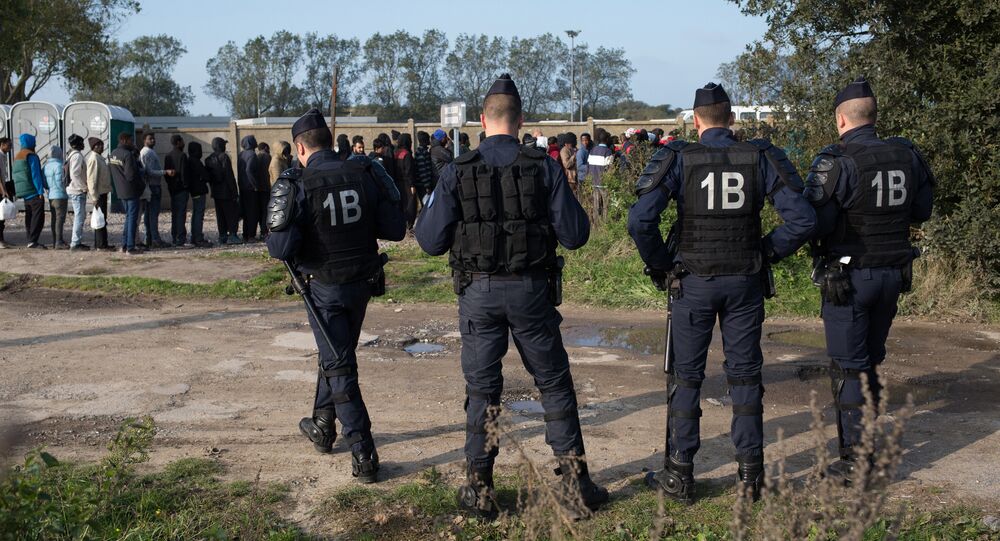 A car with Iraqi and Afghan migrants reportedly heading to the United Kingdom ploughed into police officers in northern France.

MOSCOW (Sputnik) — A car carrying migrants sped toward police officers in the northern French city of Calais, with at least one serviceman receiving injuries, the LCI broadcaster reported on Saturday night. The incident took place when the officers stopped the vehicle to carry out the search of the car.

"As a result of the hit, an officer received a knee injury, [after which] security forces had to open fire," local authorities said as quoted by the broadcaster.

A total of nine migrants were reportedly in the car, namely six Iraqis and three Afghan nationals. They were supposedly trying to cross the border with the United Kingdom.

Many migrants are trying to get into the United Kingdom via Calais, which is located in the vicinity of the Channel Tunnel linking the country to continental Europe. In late October 2016, local authorities decided to demolish a huge migrant camp known as Jungle, which accommodated around 10,000 people.

Currently, France is renegotiating the Le Touquet agreement with the United Kingdom regulating the flow of third-country migrants from France. The UK media has recently reported that that the United Kingdom was planning to pay up to 90 million euros ($106 million) to France to renew security contracts to reinforce its border control at Eurotunnel terminals in Calais, Coquilles and Dunkirk after a surge in illegal crossings into the country.

The migration issue in Europe has been escalating since 2015 as a result of the worst migration crisis in recent history, with the EU struggling to accommodate hundreds of thousands of refugees and migrants fleeing hostilities and poverty in Middle Eastern and African countries.