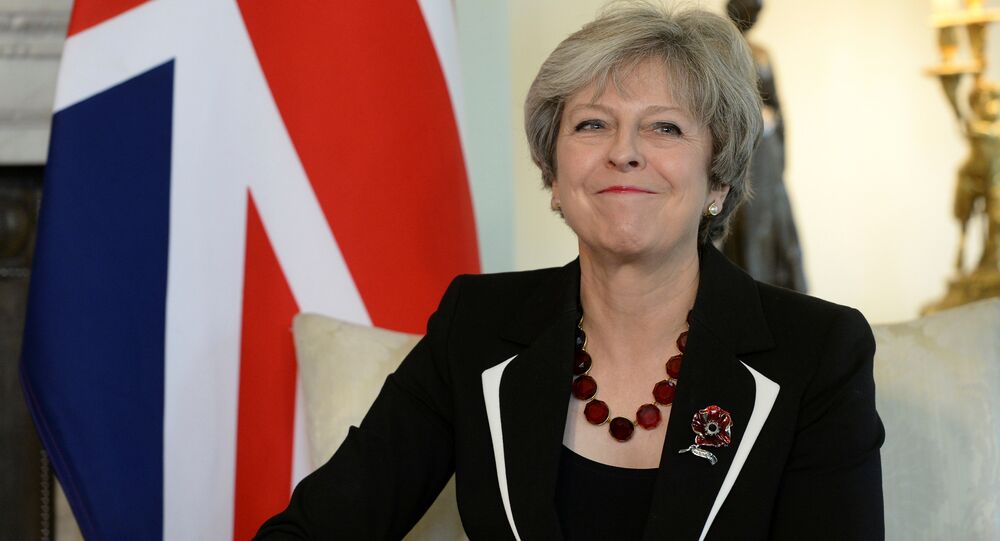 LONDON (Sputnik) — Earlier in the day, Ciaran Martin, the head of the UK Government Communications Headquarters’ National Cyber Security Centre, said that Russian hackers allegedly carried out a series of cyberattacks against UK media, telecommunications and energy sectors over the past year.

"We are concerned by such assertions since they mislead the British public in regard to the so called cyberattacks. We view these statements in the context of Prime Minister [Theresa] May’s ‘Banquet speech’ which described Russia as number 1 threat for UK and the world community. The said speech has already triggered an avalanche of similarly-termed articles and media reports in Britain. In our view, what they have in common is lack of proof – all assertions by British special services turn out to be classified and thus unverifiable," the embassy wrote on its website.

The Russian diplomats urged the UK government and media to provide the evidence which served as basis for such claims.

"We would be interested in finding out the details and seeing the original findings on which the statements are based, guiding UK policies towards Russia. It would be most unfortunate to see it informed by wrong intelligence, as it was in the case of the Iraq war – when the misleading intelligence was also kept secret. Otherwise, all the accusations have the fundamental flaw of being non-transparent and biased," the embassy said.

© REUTERS / Peter Nicholls
Keep Calm and Drink Your Wine: Russian Foreign Ministry Trolls Theresa May on Twitter
In a major foreign policy speech at the Lord Mayor's Banquet at Mansion House in London late on Monday, May accused Russia of meddling in other states' affairs, spreading "fake stories" in media, aggressive policies "to sow discord in the West" and promised to protect West's interests if Russia continues on its current "path."

Russia has repeatedly refuted accusations of attempts to influence election or political processes in different countries, with Kremlin spokesman Dmitry Peskov calling the claims "absolutely groundless." Commenting on the alleged Russia’s interference in the US, French and German elections, as well as Brexit referendum in the United Kingdom, Russian Foreign Minister Sergey Lavrov stressed that there was no evidence proving the claims.