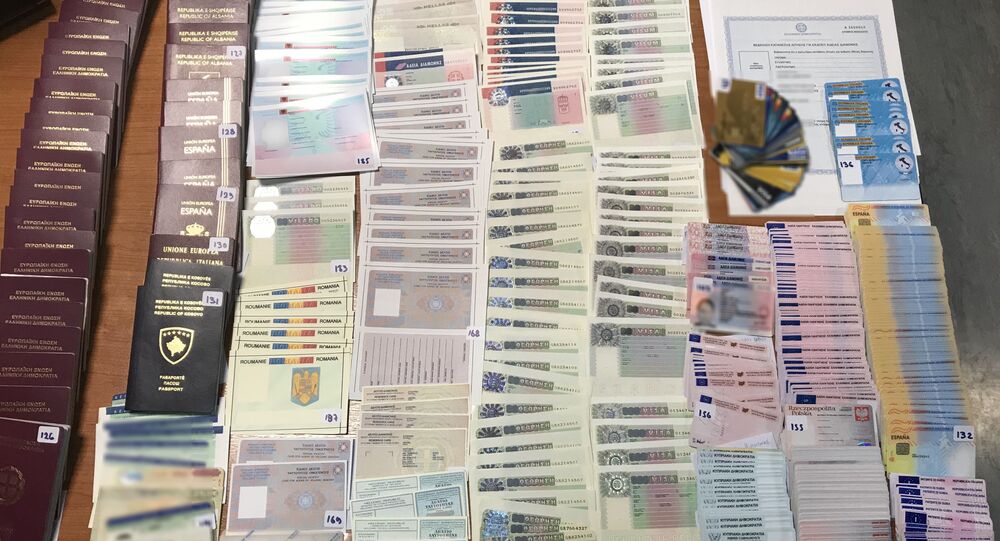 A people-smuggling network that tried to get Albanian migrants into the UK has been busted in Greece. Britain may be about to leave the European Union, but the racket shows that the UK has lost none of its allure for migrants.

A people-smuggling network based in Athens has been smashed after an operation involving British, Greek and Albanian authorities.

An outstanding result; great example of how we work with partners here & abroad to protect the UK https://t.co/KJAYwCuCuH

The gang provided Albanian migrants with fake Greek and Cypriot passports in an attempt to get them into the UK.

Britain's National Crime Agency (NCA) began to realize that hundreds of attempts a year were being made by migrants, who flew in via Spain, Italy and Sweden using fake passports and travel tickets.

Seven Greeks and 13 Albanians were arrested and all will be prosecuted in the Greek courts.

"This organized criminal network may have been based in Greece but it was directly targeting the UK," said NCA deputy director Tom Dowdall.

"Our officers were able to work on that UK link and share crucial pieces of information with their Greek partners leading to these arrests. We will continue to support them as the investigation continues," he added.

"This operation demonstrates how we often have to work away from our own shores to protect the UK border, and take on the organised criminals involved in people smuggling at source," Mr. Dowdall added.

The gang promised a "guaranteed service" and offered multiple entry attempts if they were rejected on the first attempt.

The NCA launched Project Invigor, which provided intelligence, via Europol, to Greek police as they investigated the source of the bogus passports and travel documents.

On October 31 and November 1, Greek police raised several addresses in Athens, arrested 20 people and closed down four suspected document-forging laboratories where fake documents were being manufactured.

The gang also suspected fake documents to Albanians who were already in the UK to enable them to obtain work while posing as Greek, Cypriot or Bosnian nationals.

Albania is not a member of the European Union and Albanian nationals are not allowed to live or work in EU member states, although tens of thousands live a precarious existence in the black economies of both Greece and Italy.

In the late 1990s some Albanians posed as Kosovan refugees escaping the civil war there in order to get into Britain.

The migrants were trying to pass themselves off as Greek or Cypriot nationals living in Britain but returning from holidays in other EU countries.

The Albanians would board budget airline flights to Manchester, Liverpool, Newcastle and Edinburgh and had paid the traffickers around £4,000 (US$5,250) each for the fake documents.

Situation With Migrants in Libya a 'Big Problem' – Lawmaker