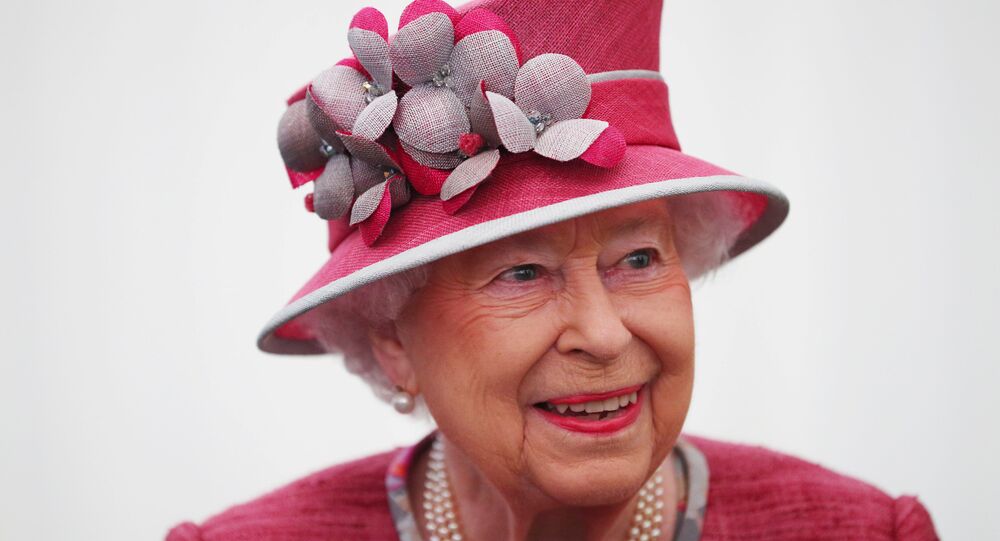 Files released as part of the Paradise Papers project have exposed how Queen Elizabeth II invests in a number of offshore funds - on top of shielding income and gains from tax, the funds' own portfolios are rife with questionable investments.

Millions of pounds from the British monarch's private estate are invested in a Cayman Islands fund as part of an offshore portfolio that has never previously been disclosed, documents, released under the Paradise Papers project — a vast collaborative investigation into offshore tax havens — have revealed.

Files show Queen Elizabeth II, via the Duchy of Lancaster (a portfolio of land, property and assets held in trust for the British Sovereign), has held and continues to hold investments via funds in an array of businesses, including controversial retailer BrightHouse.

In October 2017, the company — the UK's biggest "rent-to-own" retailer — was slapped with a US$20 million fine for not acting as a "responsible lender."

BrightHouse: The FCA's actions are not sufficient https://t.co/QHbUsetA5R via @responsiblecred
£60 per customer seems woefully inadiquate

​The firm supplies household goods, such as TVs and washing machines, at sky-high credit rates to consumers who cannot access typical borrowing facilities.

Britain's financial regulator, the Financial Conduct Authority, said the firm had failed to properly refund clients in some cases, and had not properly assessed whether vulnerable customers could afford eventual repayment totals, or potentially have difficulties making payments. The BBC highlighted instances of customers with mental illnesses and learning difficulties who had purchased goods from the firm without understanding the contracts involved.

"During the time in question, BrightHouse was not a responsible lender and failed to meet our expectations of firms in this sector. Responsible lending and the fair treatment of consumers, especially those in financial difficulties or who are vulnerable, are key priorities for us," the FCA concluded.

Shocked but sadly not surprised by #paradisepapers. I've invited journalists involved to address MPs at @taxinparliament this week.

​Moreover, the company itself has limited its own tax bills via large loans to a Luxembourg holding company — between 2007 and 2014, it reported US$2.1 billion in revenue and an operating profit of US$250 million, but paid less than US$8 million in corporation tax.

The Duchy claims it was unaware of the fund's 12-year investment in BrightHouse, until approached by the group of newspapers involved in the Paradise Papers project. It refused to disclose the size of its original investment in the company, made in 2005, as its share price began to rocket.

Elsewhere, the Duchy has investments in a number of overseas funds, including one in Ireland. While it claims to have received no tax advantages from investing offshore, offshore private equity funds are explicitly designed to shield UK investors from paying US taxes on their holdings.

#ParadisePapers is just one example of how ICIJ, & its partners, achieves impact that nobody can do alone. other https://t.co/vtsJBzgyFA pic.twitter.com/M9cXfCftX4

​The Duchy invested in BrightHouse via the Dover Street VI Cayman Fund, which invests in international venture capital and private equity funds — in 2005, Dover Street fund managers contacted investors to request an injection of capital, setting out what was needed and where it would be invested.

A number of firms were targeted for investment, including Vision Capital Partners, a private equiry firm which had purchased BrightHouse two-months prior. The Duchy was asked to contribute US$450,000 to the effort.

The Dover Street VI fund closed December 2014 and has sold off its holdings and remunerated investors since, although based on available data it's unclear what the Duchy has received — although a June 2008 letter included in the leak shows the Duchy was entitled to US$361,367, on which it paid — 0.4 percent (US$1,505) tax.

A Duchy spokesperson told The Guardian, one of the newspapers involved in the investigation, that the Dover Street fund investment represented a mere 0.3 percent of the estate's US$655 million total value.

The Duchy also invested around US$7 million in the Jubilee Absolute Return fund, which invests in hedge funds. At the time of initial investment, June 2004, the fund was based in Bermuda — by 2006, it had hopped to Guernsey, another tax haven. The fund did not pay tax on its income or gains until 2016.

Our CEO @alexcobham responds to the #ParadisePapers — we need a global solution to end the scandal of tax havens https://t.co/eLmT4RLEaN

The Tax Justice Network (TJN) said "it should come as no surprise" that the Queen used offshore tax havens as part of her wealth management strategy.

"The Queen is, after all, the head of state of the British Virgin Islands, the Cayman Islands, the Channel Islands, Bermuda, and others, which makes her the Queen of Tax Havens. The Queen's role as Head of State of so many leading secrecy jurisdictions puts her in a highly compromised position. The situation is made worse by revelations her wealth management team have invested in an offshore portfolio," the campaign group said.

TJN is calling on Britain's head of state to use her weekly meeting with the Prime Minister to "push for three specific measures," to wit; all British territories make their company ownership registers fully available to public online search at no cost; all British territories require registration and publication of information concerning trusts; the Prime Minister accepts full responsibility for the activities of British secrecy jurisdictions and requires them to automatically share information on offshore trusts with the relevant authorities of all countries across the world.