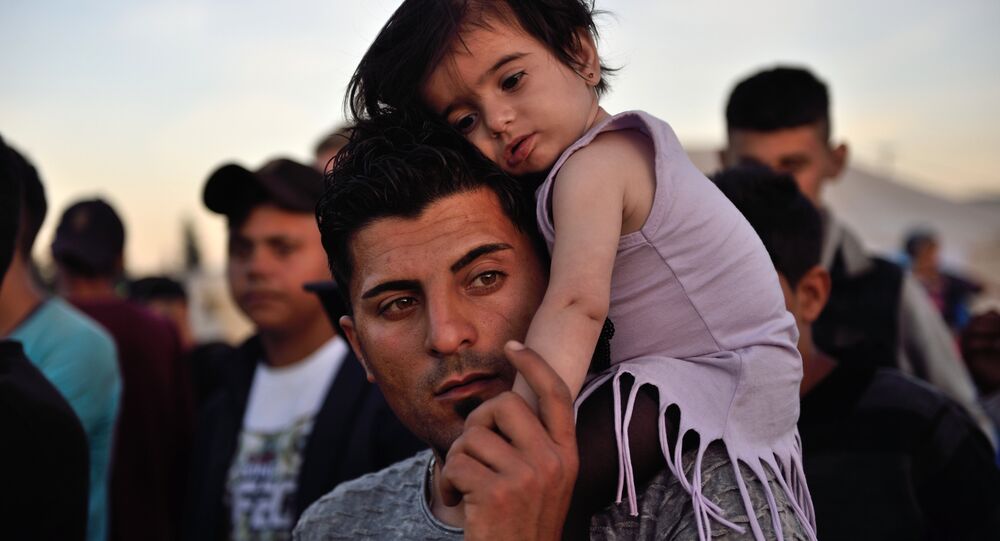 Britain was supposed to accept at least 3,000 unaccompanied migrant children to the country under the law that came into force for a brief period of time in 2016.

MOSCOW (Sputnik) — On Thursday, former Liberal Democrat leader Tim Farron called for the reintroduction of the amendment to the Immigration Act 2016, which came into force in May 2016 and was suspended in February 2017.

The amendment proposed by Lord Alfred Dubs was designed to bring at least 3,000 unaccompanied migrant children to the United Kingdom, but since then only 480 children have been allowed to move to the country under the scheme.

"We would support the Dubs scheme reintroduction to safeguard and protect vulnerable children who are at significant risk of exploitation," Justine Currell, the executive director of the organization said.

© AP Photo / Matt Dunham
Refugee Minors Die at France-UK Border Over Months-Long Processing Delays - Charity
There should be an effective control to avoid putting the minors' lives in jeopardy, the executive director of the UK anti-slavery NGO Unseen added.

Also on Thursday, the Help Refugees charity lost a legal challenge in the UK High Court, where the NGO was trying to persuade the UK government to accept more unaccompanied child refugees in line with the amendment, which according to the organization was suspended in an inappropriate way. The court, however, ruled that the government's approach was "sound." Campaigners have pledged to appeal the decision.