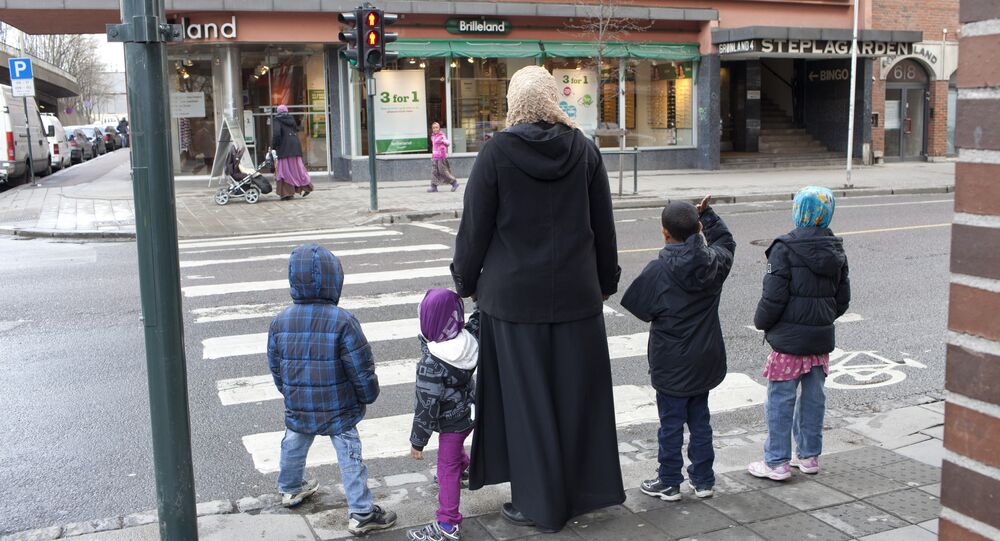 In a recent poll, dubbed the largest and most comprehensive in Norway's history, 97 percent of the Nordic country's Muslims said they were fully in favor of equality between the sexes. However, roughly one third of the respondents claimed it was important to follow sharia, leaving analysts puzzled.

The recently published book "Who Speaks for Us?" by Norwegian feminist and public speaker Bushra Ishaq has shed more light on local Muslims' worldviews and preferences, yielding somewhat unexpected results.

In collaboration with a number of professionals, Ishaq compiled a survey that was distributed among Muslims who have lived in Norway for more than five years. The respondents were questioned on some of the most divisive issues in today's world, such as the role of women, democracy, human rights, terrorism and radicalization.

"I want to bring forth the voice of ordinary Muslims. At the same time, I want to take the fear and prejudice toward us seriously by highlighting facts," Bushra Ishaq told the Aftenposten daily commenting on the book which took almost five years to complete.

© Photo : Facebook / Islamsk Råd Norge
'Sad Day' as Norway's Islamic Council Loses State Funding Amid Mass Exodus
Of the 845 Muslims surveyed by TNS Gallup between the autumn of 2015 and the spring of 2016, 97 percent said they wanted full equality between the sexes, 97 percent said everyone should be free to choose a spouse, and 98 percent argued women should have the same right to education as men, all of which might be seen as a breakthrough for the values of gender equality. However, four out of ten expressed dislike of Norwegians' attitude to Muslims, while three out of ten argued it was important to follow Sharia, the religious law forming part of radical Islamic tradition. Incidentally, 3 percent of Muslim men argued it was fully acceptable to beat a disobedient woman, while 2 percent admitted to extremist beliefs, condoning the World Trade Center attacks in September 2001 and said it was acceptable to kill civilians to achieve political goals.

Linda Noor, general manager of the minority policy think tank Minotenk, argued that Norwegian Muslims' definition of Sharia corresponds to that practiced in Saudi Arabia or by Daesh. According to Noor, it rather rhymes with an ideal Islamic state with egalitarian beliefs, welfare state and religious freedom.

​For Ishaq herself, the results proved to be a reaffirmation of Norwegian Muslims' moderate stance.

"I had expected more controversial answers in that Muslims are more extreme. Also, I have been tragically affected by the widespread notion that Muslim attitudes are not compatible with a liberal state," Ishaq said.

By her own admission, however, Ishaq deliberately abstained from taking up issues such as homosexuality, abortion, premarital sex and alcohol.

The survey's results were met with doubt by Norwegian Muslims themselves.

"Bushra Ishaq's findings are rosy and cozy, like a celebration speech with nice promises. The answers are wishful thinking," Dana-Æsæl Manouchehri, Secretary General of the Norwegian integration-promoting organization LIM. "Norwegian Muslims say they are for gender equality, but every day I see and hear stories of girls and women confirming that reality is something different," she added.

"If the questions were more concrete, such as: 'Are you in favor of full sexual freedom for women?' 'Do you accept that your daughter chooses her clothing herself?' or 'Is it okay for her to choose a same-sex partner or refrain from marriage altogether?' then I don't think many would have answered yes," Abid Raja said.

The respondents were aged between 18 and 75 and have roots in an array of countries including Turkey, Pakistan, Afghanistan, Iraq, Iran, Bosnia and Herzegovina, Somalia and Morocco. The respondents were picked as a representative sample of the Norwegian population with the help from researchers of the University of Oslo, the Peace Research Institute Oslo (PRIO), the Department of Social Research and the Institute of Church, Religion and Worldview Research (KIFO).

Bushra Ishaq is a graduate of the University of Oslo, a writer and a public speaker on interfaith dialogue, feminism and Islam. In 2010, she received the Free Word prize for her "contribution to the understanding of today's multicultural society." She also became known as an advocate of the use of religious headwear in the police from a feminist point of view.

​According to various assessments, the number of practicing Muslims in Norway, a nation of 5.2 million, is estimated at around 4 percent.