Young people converting to radical Islam believe that they are "doing something really good" when they "fight against the infidel and blow them up in broad daylight," Dominic Schmitz, a former German Salafist, told Sputnik Germany.

Many teenagers joining radical Islamist groups are ordinary young people dissatisfied with their lives and with the whole world, which is why it's very important that parents demonstrate real interest in their children's lives, Dominic Schmitz, a former member of a Salafi group who turned to radical Islam when he was 17, said.

"Now, probably, every father and mother would say that they are, of course, interested in their kid's life. But it's not that simple. If you just ask your son or daughter how he or she is doing at school, and the child says "ok" and leaves for her or his room, it is only superficial communication. They must really be interested in their child's affairs, perhaps some internal conflicts, etc. Many parents, for example, do not know that their kids are bullied at school. So, at a certain age it is necessary to take the child by the hand and help him/her to find himself/herself," the former Salafist explained.

Schmitz left the Islamist organization he had been member of for many years and has written a book about his experiences called "I was a Salafist." According to him, when young people "rebel," it is important to create a foundation of trust to help them out of a difficult situation. 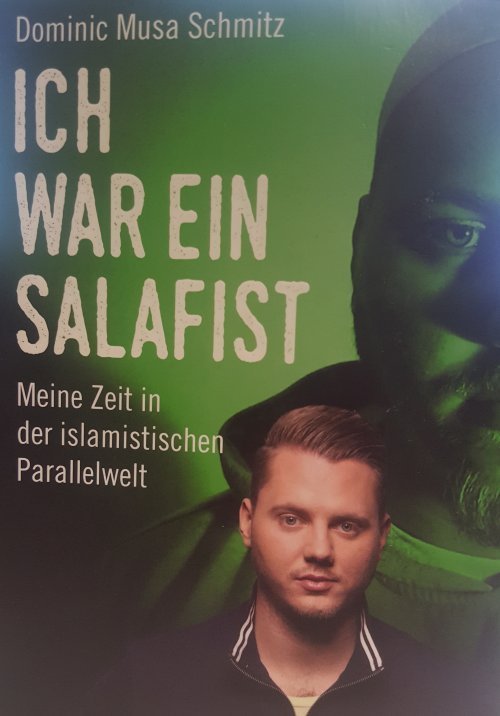 "It often happens, however, that many teenagers still move away from their parents and start doing what they want. This happened to me, too. And then, the kid may meet some Moroccan guy who tells him/her something about Islam. Or some neo-Nazi who offers to "make friends" with him/her and involve him/her in his circles," Schmitz said.

© AP Photo / Julian Stratenschulte/dpa
My Salafist Life: Former Islamist Gives Inside Story on Radicalism in Germany
The man explained that there are various motives behind people's decisions to follow a radical ideology. One of them is an "absolute hatred," that they feel toward themselves and others.

"Take, for example, an attack on the gay club in Florida in the summer of 2016. Later it turned out that the attacker himself was homosexual — and, out of hatred of himself, he also hated other people and killed them," Schmitz noted.

The author also added that many young people are confident they are doing a good thing when they carry out terrorist attacks and kill people whom they consider unfaithful.

"The one who blows himself up is considered a martyr. They believe that God will forgive them all their sins and let them into the paradise, where 72 virgins await them. Of course, this completely contradicts any reasonable thinking," the man noted.

© AP Photo / Markus Schreiber
How Can Germany Manage Its 10,000 Strong Population of Salafists?
The ranks of Salafists in Germany have swollen in recent years as an increasing number of young Germans turn to radical Islam. The Bundesamt für Verfassungsschutz (BfV), Germany's domestic intelligence service, is aware of 10,300 Salafists; in 2011 the authorities were aware of 3,800 Salafist followers.

Germany considers terrorism prevention and de-radicalization its top priorities. In 2012, it set up an advisory body with an annual budget of €650,000 to "counter the challenges in the field of Islamism and Salafism."

However, according to Schmitz, any measures taken on the governmental level are not sufficient.

Given the complexity of the problem, the man once against stressed that the first place to prevent radicalization should be within the family.

"It may sound somewhat generalized, but the combination of parental love and interest to immediately help the child solve his or her problems — even if this may be associated with some difficulties — should become the main goal of parents," Schmitz concluded.