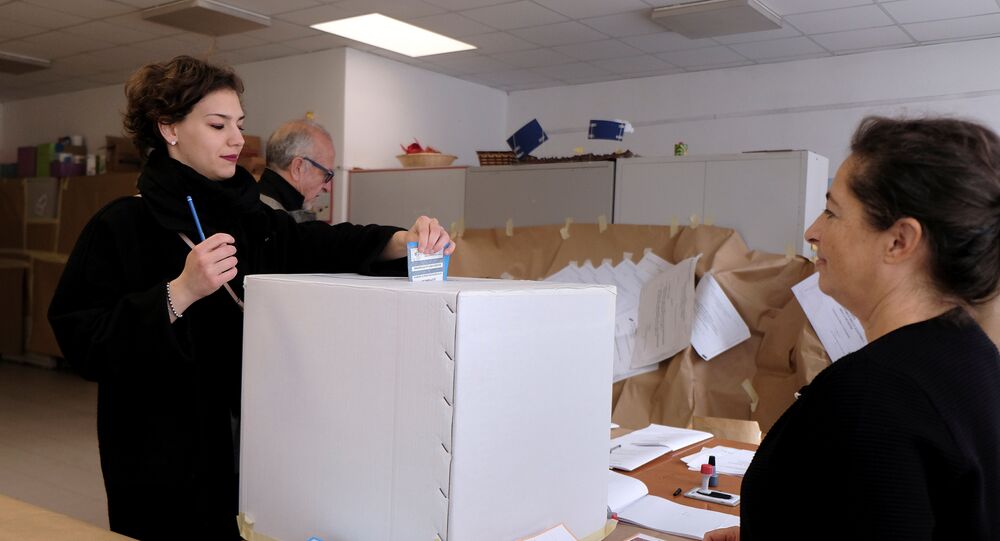 President of Veneto Luca Zaia called the non-binding referendum a historic event, which will have serious consequences after 98 percent of the Italian region's residents voted in favor of autonomy.

VENICE (Sputnik) — Over 98 percent of residents in Italy's Veneto region voted on Sunday in favor of obtaining autonomy status during a non-binding referendum, the local election commission said.

© AP Photo / Luca Bruno
Over 95% of Italian Lombardy Voters in Favor of Greater Autonomy
According to the commission, the turnout exceeded 57 percent and the majority of ballots have already been processed.

"This is really a historic event, which will have serious consequences. Over two million residents voted in favor of autonomy. This is the beginning of a new history of Veneto," President of Veneto Luca Zaia told Sputnik.

Earlier, a representative from the referendum’s electoral committee announced that turnout was high enough to be recognized as valid.

Veneto and neighboring Lombardy are holding consultative non-binding plebiscites on Sunday on the autonomy of both regions, for the first time in modern Italian history. The Lega Nord party, prominent in the regional parliaments of both Veneto and Lombardy, has long backed independence and increased autonomy for the northern regions.