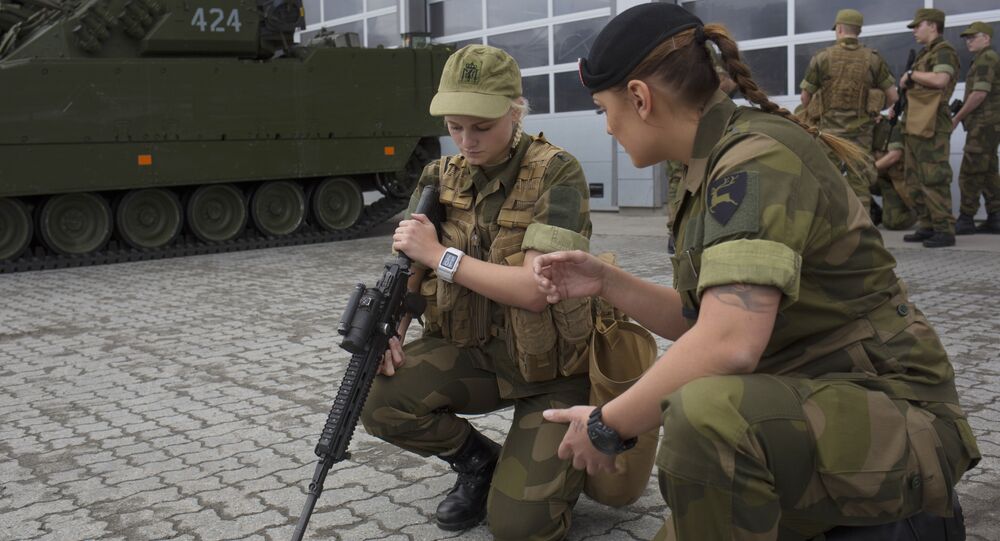 The Independent Barents Observer reported Friday that Norway would reinforce its northernmost region of Finnmark, which borders Russia's Kola peninsula, with an additional cavalry battalion within its long-term plan to brisk up the military.

MOSCOW (Sputnik) — According to the news outlet, the battalion will be 400-strong, including conscripts. In addition, within the upcoming year, Oslo is planning to station a 200-strong ranger company in the immediate vicinity of the Russian border, near to the town of Kirkenes, or some 3 miles from the Russian territory.

On Friday, the new draft budget for 2018 revealed that Norway was planning to boost its defense budget by some 3 billion krones, or around $380 million. According to the Norwegian Defense Ministry, the increase in military expenditure was initiated "to achieve the ambitious goals set out in the Long Term Plan for the period 2017–2020." The ministry intends to spend the additional funding on "establishment of a new ranger company in Finnmark," among other goals.