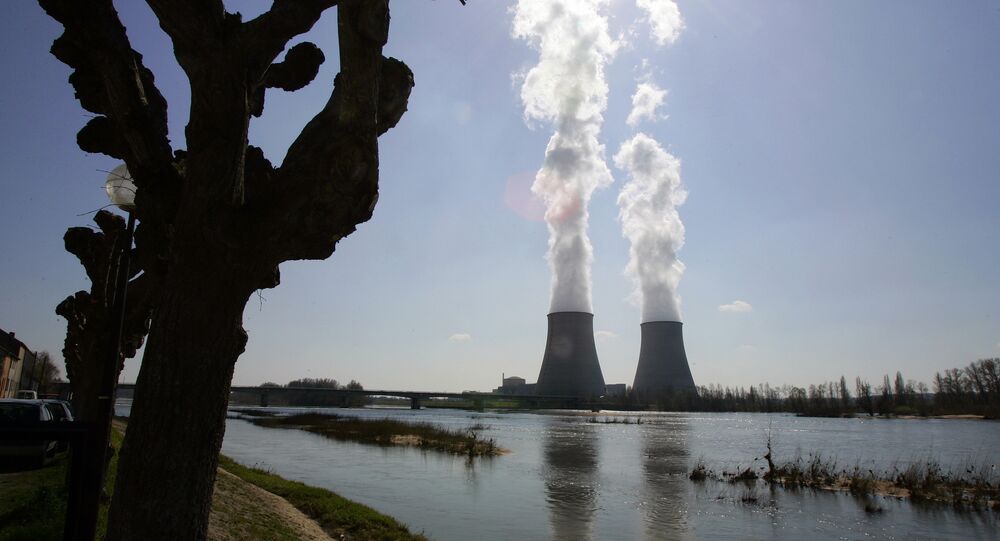 Numerous French nuclear facilities pose a major security risk, as they were never meant to withstand a terror attack, Greenpeace says in a new report.

© AP Photo / Kevin Lamarque/Pool Photo
Why Former Israeli Intel Chief Calls on Trump Not to Quit Nuclear Deal with Iran
The environmental organization only released a part of the report, citing security concerns. The whole report will be disclosed to authorities in France, Belgium and the neighboring countries.

According to the public part of the report, numerous French nuclear facilities were built before the rise of terror organizations such as Al-Qaeda or Daesh. Therefore, little or no concern was put into protecting the facilities from a terrorist attack.

"For these historical reasons, reinforcement against heavy attacks on civil engineering works and protection systems for nuclear safety was not — or only marginally — incorporated into the design of these facilities," they said.

Anti-nuclear activist and nuclear expert Oda Becker says the nuclear power plants are vulnerable to 9/11-style suicide attacks by aircraft. A helicopter packed with explosives or merely a rocket propelled grenade powerful enough would do the job, she notes.

"Nuclear facilities could be an attractive target for a terror organization," she said.

But Greenpeace is focused on an ever greater threat — used fuel pools. According to the organization, these facilities have even less protection than the average nuclear power plant.

After a nuclear fuel rod is used, it is still highly radioactive and very hot, so it has to be cooled down for several years in a pool of water.

There are 58 reactors in France — second only to the United States in total number of nuclear plants — and there are 63 cooling pools where used fuel rods are cooled.

The terrorists only need to leak the cooling water, the experts say. The fuel then will become so hot it will start burning and release massive amount of radioactive material into the buildings surrounding the pools — and, likely, into the wider environments.

For an idea of what that might look like, this is exactly what happened to the Fukushima Daiichi nuclear power facility in Japan following the March 11, 2011 earthquake and subsequent tsunami, which knocked out power to the pumping stations responsible for keeping cool seawater flowing into the fuel rod pools.

According to Greenpeace's Yannick Rousselet, a particularly gruesome scenario could lead to contamination of territory up to 250 kilometers away from the facility.

The French nuclear companies Areva and EDF, however, reject the allegation and claim they take terror threats very seriously lately.

According to Areva officials, one of its biggest facilities, called La Hague, the used nuclear fuel load of which is equal to some 114 reactor cores, is highly secured. Flying over it is prohibited, and the place is constantly monitored for rogue planes via radar.

"Our nuclear fleet is safe and EDF, in close cooperation with the authorities, permanently evaluates the risk of terror attacks," an EDF spokesperson commented on the issue.

Greenpeace has estimated the probable cost of upgrading the facilities' security and came up with a number of almost 1 billion euros per facility.

Though no terror attack on a nuclear object has happened so far, in 2014, drone flights over nuclear facilities in France were reported.

In the wake of the report, French State Secretary for the Environment Sébastien Lecornu said the government would study the Greenpeace report, but noted that France has "the most robust nuclear safety and security measures in the world," according to a report by Channel News Asia.

US Charted Course Towards 'Demolition' of Iran Nuclear Deal - Moscow