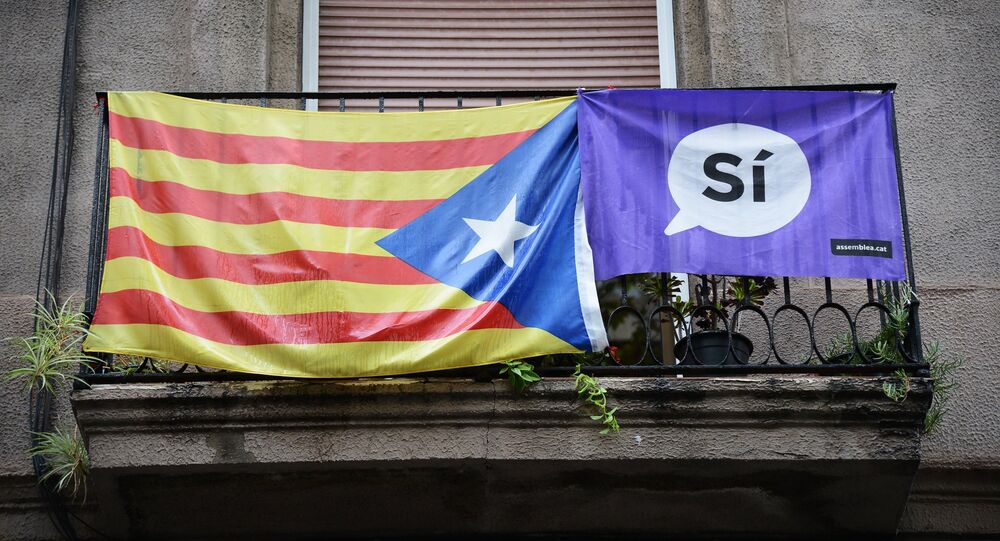 Hundreds of people have gathered in front of the Spanish Embassy in Paris to support the Catalan independence referendum.

PARIS (Sputnik) — Hundreds of people, mainly representatives of the local Catalan diaspora and members of political and professional unions, have gathered in front of the Spanish Embassy in Paris to support the independence referendum in Catalonia and to protest against the actions of the Spanish police, a Sputnik correspondent reported on Tuesday.

© AFP 2021 / PAU BARRENA
The Catalan Diaries: After the 'Yes' Vote
No clashes or incidents occurred during the protest.

On Sunday, Catalonia held the referendum on independence, which is considered illegal by the Spanish central government. Madrid did not recognize the legitimacy of the vote, sending police to Catalonia to shut down polling stations, which resulted in clashes with voters. The Catalan Health Department said that nearly 1,000 people sought medical help after the clashes. Prime Minister of Spain Mariano Rajoy said that in Catalonia there was "no referendum" on self-determination, but assured that the government was ready to conduct a dialogue within the regional authorities.