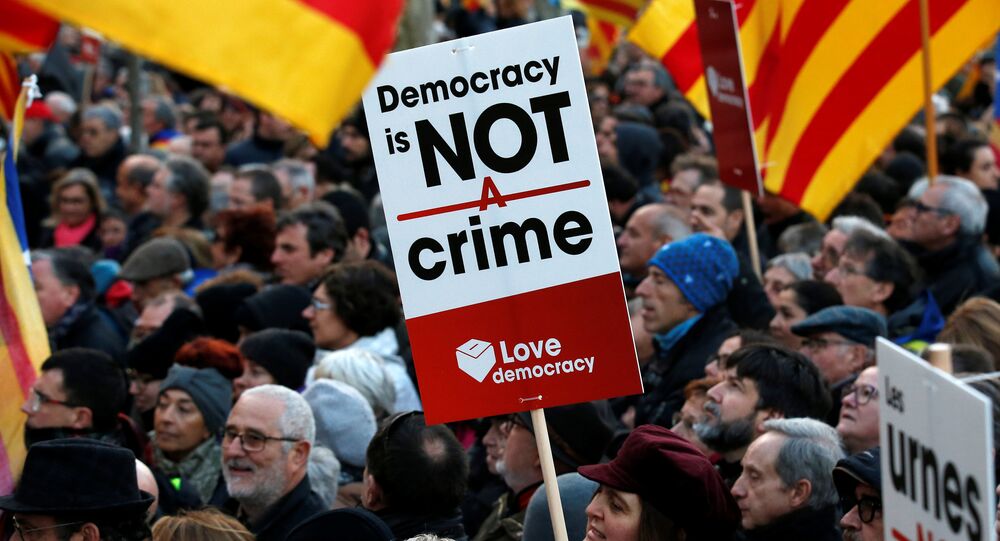 In spite of protests from Madrid, the Catalan Parliament has passed a law to hold an independence referendum at the beginning of October. The referendum will ask Catalonians whether or not they want the Spanish province to become "an independent country in the form of a republic."

After 11 hours of heated debate, the 72 pro-independence parliamentarians outvoted the 63 pro-union parliamentarians. Fifty-two members of the opposition walked out of the Parliament in protest after the decision came down. Catalan President Carles Puigdemont is expected to sign the bill into law.

The Catalan Parliament has been controlled by a pro-secession coalition since 2015, when the Together for Yes and Popular Unity Candidacy parties became the first-ever Catalonian Parliamentary coalition that was vocally pro-independence.

Spanish Deputy Prime Minister Soraya Saenz de Santamaria quickly replied that Madrid wished to declare "void and without effect the agreements adopted" regarding Catalan independence, and has taken legal action to that effect. "What we have lived today in Catalonia is the trampling of democracy, the trampling of Catalans, the trampling of political decency," she added.

Immediately after her press conference, Madrid prosecutors announced their intentions to bring criminal charges of disobedience against Carme Forcadell, a Together for Yes member and speaker of the Catalan Parliament. Forcadell tweeted that the Spanish Constitutional Court, the nation's highest judicial body, was a sham and "another extension of the state which has lost all legitimacy."

On Monday, Spanish Prime Minister Mariano Rajoy accused the Catalan government of attempting to "bypass all legal procedures" with the independence referendum vote.

Madrid has steadfastly opposed a referendum, but Catalonia voted on one anyways. "Calling a referendum is not a crime," said Catalan Vice President Oriol Junqueras in response to Rajoy's comments.

Catalonia makes up about 16 percent of Spain's population, and around a fifth of the national economy. The Catalan economy has marked healthy growth and high levels of industrialization in recent years. Meanwhile, the Spanish economy has been slow to recover from the 2008 financial crisis: Spanish GDP has shrunk from $1.64 billion in 2008 to $1.23 billion in 2016, a 25 percent reduction.

Spanish economic woes, along with Catalonia paying more in taxes than they receive due to their comparatively strong economy, has slowly moved Catalan independence from the fringes of Spanish society to a major issue. In 2010, the Constitutional Court struck down several clauses of the Catalan Constitution that were meant to increase the region's autonomy. In 2014, Catalan separatists held a symbolic referendum where around 80 percent of the respondents voted in favor of independence.

While polls typically mark an even divide among Catalonians who desire independence versus those who oppose it, over 70 percent want a referendum to settle the question once and for all.