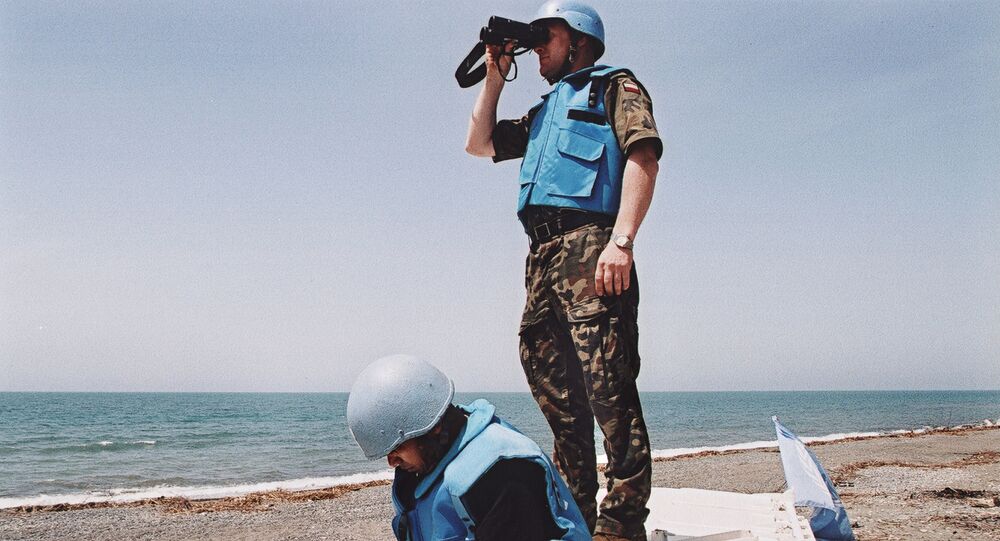 German Foreign Minister Sigmar Gabriel’s endorsement of President Putin’s idea of deploying UN peacekeepers to Donbass means that the EU is ready to view the crisis there as an internal Ukrainian conflict, not a war with Russia as Kiev insists, politician Vadim Kolesnichenko told Radio Sputnik.

Sigmar Gabriel said on Tuesday that the introduction of international peacekeepers in Donbass could help ease tensions with Moscow and could be “the first step to lifting sanctions against Russia.”

He also called to use this chance to bring about a lasting truce in Ukraine’s war-torn southeast.

“If the peacekeepers are eventually deployed, this would mean that what is going on in Ukraine is an internal conflict, not a war between Ukraine and Russia, as Kiev tries to make it look like, and this is very important,” Vadim Kolesnichenko said in an interview with Radio Sputnik.

He added that Europe is now looking for a way to get rid of the anti-Russian sanctions, which have done more harm to Europe than to Russia.

© CC BY 2.0 / Ministério da Defesa / Peacekeepers
Russia's Initiative to Send Peacekeepers to Donbass Must Follow Minsk Deal - OSCE PA Ex-Head
“Still, to save face, Europe needs a pretext to ditch them,” he noted.

On Tuesday, Russia sent the UN Security Council president, Tekeda Alemu, and the UN secretary general, Antonio Guterres, a draft resolution on the deployment of peacekeepers along the engagement line in southeastern Ukraine to ensure the safety of the OSCE mission there, Russia’s UN envoy Vasily Nebenzya told reporters.

Earlier, President Vladimir Putin said that Russia would submit a pertinent resolution to the UN Security Council, but added that  UN peacekeepers could be deployed only after the area has been demilitarized and with the consent of the self-proclaimed Donetsk and Lugansk People’s Republics.

© Sputnik / Mikhail Voskresenskiy
Paris, Berlin Urge Sides of Donbass Conflict to Organize Prisoner Swap
In February 2015, Kiev forces and Donbass independence supporters signed a peace agreement in the Belarusian capital of Minsk. The deal stipulates a full cease-fire, weapons withdrawal from the line of contact in Donbass, as well as constitutional reforms that would give a special status to the Donetsk and Lugansk People’s Republics.

Despite the agreement brokered by the Normandy Four states (Russia, France, Germany and Ukraine), the cease-fire regime is regularly violated, with both sides accusing each other of multiple breaches, undermining the terms of the accord.