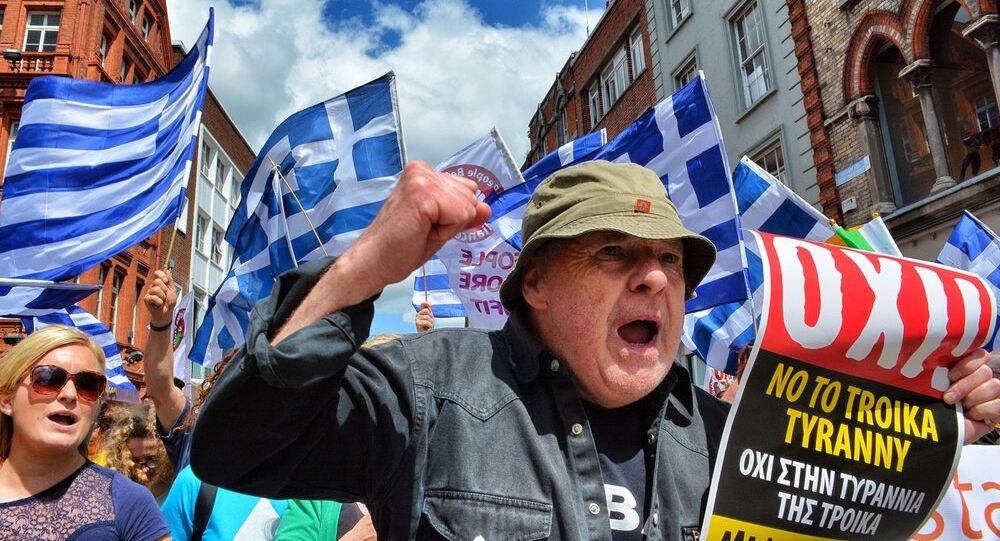 Economic situation in Greece has prospects for improvement.

ATHENS (Sputnik) — The Greek government will further ease the country's capital restrictions, which have been in place since mid-2015, starting Friday, local media reported.

© Sputnik / Sergei Guneev
Greek Economy Shows Signs of Recovery - Prime Minister
The decision also lifts several restrictions that ban companies and individuals from opening new bank accounts. Additionally, bank account holders will be able to withdraw up to 50 percent of funds that are transferred from abroad to existing bank accounts in Greece after September 1. Currently, only a withdrawal of up to 30 percent of money sent from abroad is permitted.

The last time Greece eased its capital restrictions was in July 2016. In 2015, the Greek government introduced controls on bank withdrawals and overseas transaction for fear of a bank run amid the country's economic crisis. Initially, cash withdrawals were limited to 60 euros per day, while companies' foreign payments were limited to 100,000 euros, and Greek citizens were prohibited from opening foreign bank accounts and buying shares abroad.