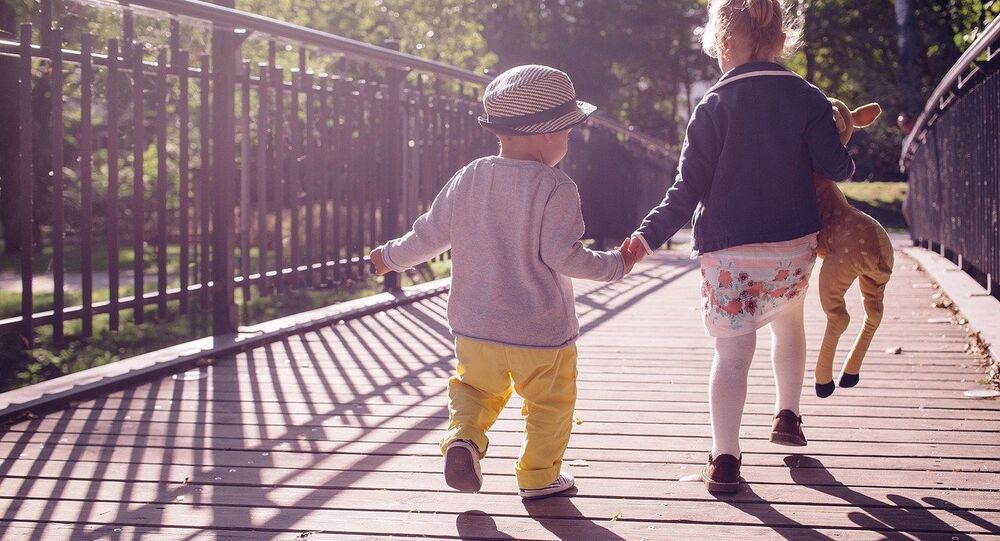 Although Finland's population has recently surpassed the 5.5 million mark, the population growth is largely attributed to immigration, as ethnic Finns' "baby blues" continues. A Finnish party leader has stirred a commotion by urging fellow Finns to go forth and multiply.

According to the recent numbers from Statistics Finland, the Nordic country's population grew by roughly 5,400 to reach just over 5.5 million. However, the number of births has remained in steady decline even when compared with previous years' declining figures, leading to deaths outnumbering births by a solid 2,000 cases, leaving continued immigration as the only way of offsetting mortality.

© AFP 2020 / JONATHAN NACKSTRAND
Migrants to Put Norwegian Welfare Under Stress, Outnumber Norwegians Soon
Additionally, the number of people who left Finland exceeded that of those who relocated there from abroad. Once again, Finns represented two-thirds of the group leaving the country, while only accounting for one third of the immigrants.

Amid the ongoing adverse demographics, Antti Rinne, the chairperson of the Finnish Social Democratic Party has caused a hullaballoo by encouraging fellow Finns to reproduce.

During the Social Democrats' convention in the town of Kouvola, Rinne drew the public's attention to the fact that fewer than 50,000 children will be born in Finland this year, for the first time since the famine years of the 1860s.

"This is a very serious issue. No nation can develop itself unless new generations arrive to secure its future," Antti Rinne told the Finnish daily Helsingin Sanomat.

Rinne argued that the historically low birth rate called for the adoption of a comprehensive strategy on family policy. According to Rinne, even if parties are not to decide on what happens in bedrooms across the country, young people's concerns about starting a family should be alleviated.

© AFP 2020 / TT NEWS AGENCY / STIG-AKE JONSSON
Swedish Population Swells to Ten Million, With a Little Help From Migrants
However, Rinne's comments stirred up a controversy on social media together with apparent discomfort among his party colleagues due to a choice of words many found questionable. To boost falling birth rates, Rinne encouraged his fellow Finns to participate in "talkoot" which is a traditional Finnish form of neighborly help, when people congregate to carry out a major community task, such as harvesting or construction.

Liisa Jaakonsaari, a member of the European Parliament and Rinne's party comrade, tweeted that the term used by her superior brought to mind unwanted parallels with National Socialism and the Third Reich.

Meanwhile, Jiska Gröhn, who chairs the Christian Democratic Youth of Finland, praised the Finnish opposition leader for attempting to raise discussion of a crucial issue for the nation, which recently celebrated 100 years' of independence. In his blog, Gröhn noted that the next generation always pays the pensions of the previous one and rhetorically asked his readers who will pay for their pension.

© Flickr / News Oresund
Nordic Facelift: Scandinavian Population Changes Ethnicity
The Social Democratic Party responded to the controversy by presenting six measures to improve the well-being of families, including the development of vocational training for working-age people and increasing the production of affordable housing. Rinne himself claimed to have deliberately used a somewhat dated word, as his previous attempts to trigger a debate proved unsuccessful.

Meanwhile, the number of births has decreased for six consecutive years in Finland, most recently by over 2,800 to roughly 52,500 between 2015 and 2016. The number of births recorded last year was the lowest since the country gained independence from the Russian Empire in 1917.