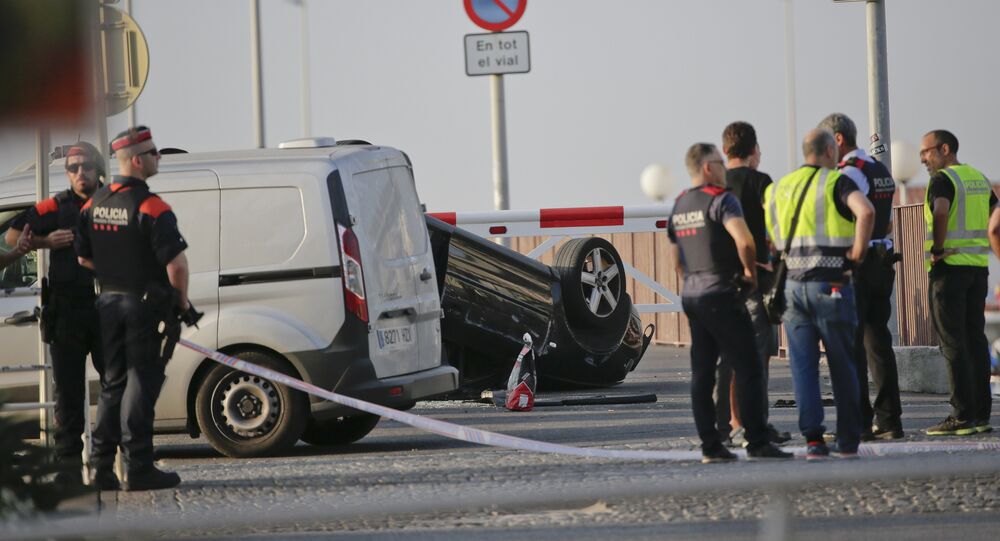 MOSCOW (Sputnik) — Concerned by the fact that terrorists could easily rent a car to attack pedestrians, UK ministers seek to prevent such tragedies by stepping up verification procedures, sources told The Telegraph newspaper on Saturday.

The newspaper added that drivers' personal information could be checked against a criminal watch list, and that individuals could be asked to provide more personal details.

© CC0 / Pixabay
UK Gov't Unrolls New 'Highway Code' for Driverless Car Manufacturers
On Thursday, a van hit pedestrians in the center of Barcelona, killing over a dozen and injuring over 130 others. Hours after the incident, another vehicle attack took place in the southern Catalan town of Cambrils. In the attack, a police officer and six civilians were injured and at least one of them died later. The responsibility for the van attacks in Catalonia was reportedly claimed by Daesh (outlawed in Russia).

The vehicle involved in the attack in Barcelona was rented by a Spanish citizen Driss Oukabir, who, however, denied his involvement in the terrorist attack, saying that his documents had been stolen. The perpetrators rented also another car as a getaway vehicle, which was found by police soon after the tragedy.

Beep-Beep! Dog in a Car Honks Persistently to Hurry Its Owner Up