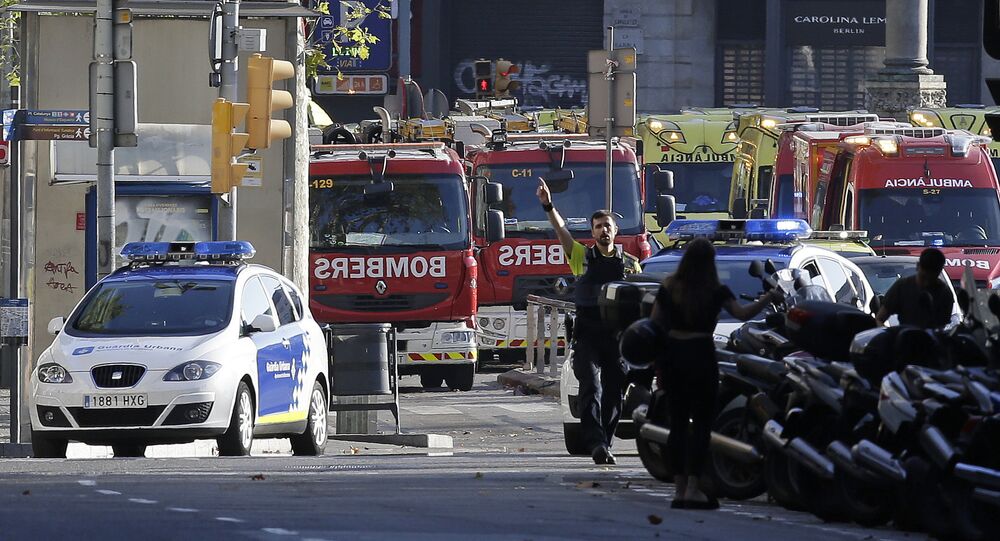 An individual who had identified himself as Driss Oukabir Soprano has come to Spanish police to report about the theft of his identification documents, local media reported Thursday.

MADRID (Sputnik) — Earlier in the day, a van hit pedestrians in Barcelona’s central Ramblas area. The police confirmed that the attack was of terrorist nature. Local media reported, that the Spanish authorities had detained two people, including Oukabir, in relation to the attack.

According to Spanish newspaper La Vanguardia, Oukabir said that his documents had been stolen as he arrived at the police station in the town of Ripoll where he resided.

Earlier in the day, the police reportedly distributed Oukabir's image stating he was the suspected terror attack perpetrator. The distributed image does not correspond with the actual appearance of the suspected attacker detained by the authorities, the newspaper suggested.

© Sputnik
One of Barcelona Van Attack Suspects Killed in Shootout
The El Pais newspaper reported citing the Spanish Civil Guard earlier on Thursday that the van involved in the attack had been rented by Oukabir in Catalonia’s Santa Perpetua de la Mogada municipality.

The El Periodico newspaper reported that Mayor of Ripoll Jordi Munell confirmed the capturing of Oukabir by the law enforcement while he was on the way to the police station to report about the theft of the ID. According to the newspaper, citing sources, Oukabir had earlier spent a month in Figueres prison over sexual offense.

Catalan Home Affairs Minister Joaquim Forn Chiariello confirmed that at least 13 people had been killed and over 50 injured in the van attack. Catalonia’s President Carles Puigdemont, in turn, said that 80 people were taken to hospital after the terror act.

One of Barcelona Van Attack Suspects Killed in Shootout