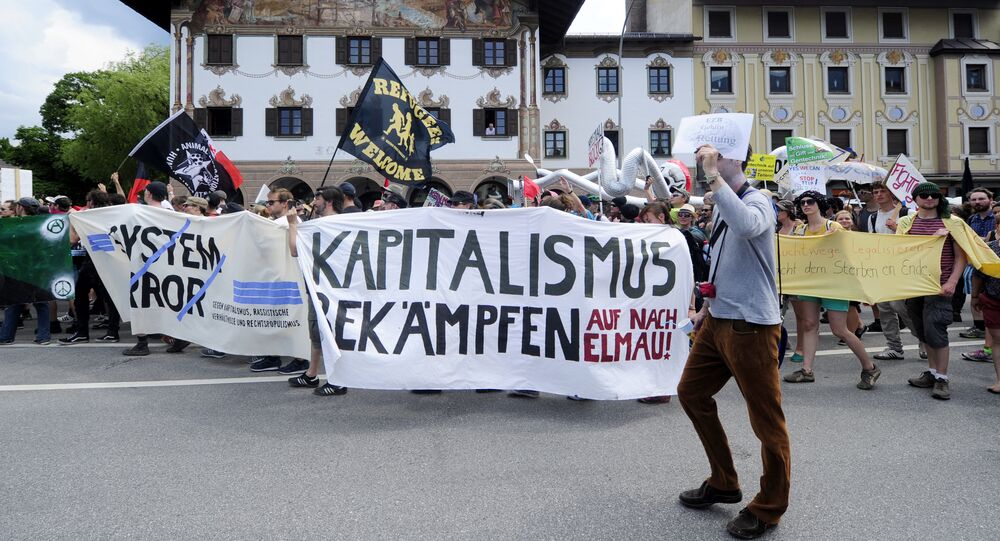 Over Half of Germans View Capitalism as a 'Negative Phenomenon', Poll Shows

More than 50 percent of Germans regard capitalism as a negative phenomenon while only 16 percent advocate it, a new poll issued on Tuesday showed.

MOSCOW (Sputnik) – According to the poll, conducted by YouGov and Statista, only 3 percent of Germans view capitalism very positively and 13 percent find something positive in the system. At the same time 40 percent of respondents believe that capitalism is a somewhat negative model, while 12 percent consider it as a highly negative phenomenon.

The number of Germans believing that capitalism promotes unfair competition is higher than those thinking that it stimulates fair competition, or 21 percent and 12 percent respectively.

The poll was conducted in July with 1,009 respondents taking part.