Agriculture in post-Brexit United Kingdom could negatively affect the environment if farmers expand to previously protected areas to boost their revenue.

LONDON (Sputnik) — Uncertainty over agricultural policies in post-Brexit United Kingdom may result in damages to the environment if farmers expand to previously protected areas to boost their revenue that may be depleted after withdrawal of EU funds, environment experts told Sputnik.

PANIC MAY PUSH FARMERS TO EXPAND

The 2016 State of Nature report, prepared by dozens of charities and research organizations, suggested that the intensification of agriculture has had a substantial negative impact on wildlife in the United Kingdom, with new technologies often benefiting farmers but harming nature.

"The EU's Common Agricultural Policy have managed everything we've done on agricultural land for the past forty years. The fact that that's going to stop, obviously, brings about fear… When there's panic there is bound to be alarmist suggestions and some people are assuming that they will have to expand [their farming operations] and become very intensive in order to survive," Frances Winder, a conservation expert with the Woodland Trust, told Sputnik. 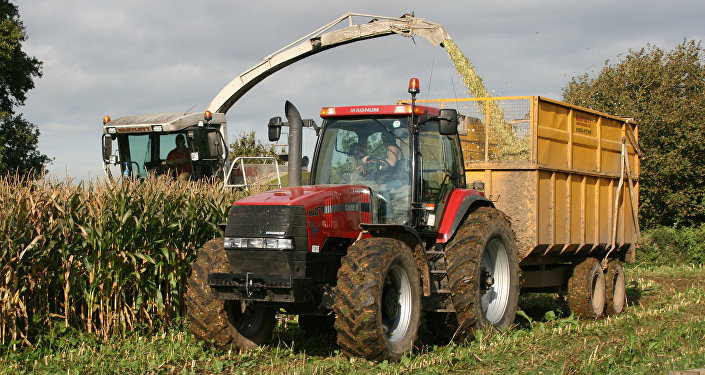 © CC BY 2.0 / Marilyn Peddle / Back Garden!
UK May Go on Receiving EU Farm Aid Until 2020 If Payments to EU Budget Continue
According to the European Commission, nearly 28 billion euros ($32 billion) was expected to be invested in UK agriculture through the Common Agricultural Policy (CAP) in 2014-2020. CAP also ensured that farming in the United Kingdom was carried out in a sustainable manner, in compliance with so-called "greening." The policy requirements include crop diversification, designation of permanent grasslands and of ecological focus areas.

"A lot of the environmental protectionist measures present in EU legislation have also been written into UK law. If it's protected now it will still be protected under UK law. Our problem is whether we're going to have enough money enough enforcement to make sure the protection that exists continues," Winder added.

The UK direct payment allocation for 2014-2020 was set to be about 22 billion euros. Under EU legislation, apart from "basic" direct payments to farmers, there are various additional support schemes, such as a payment to young farmers, a "green" incentive and many others. According to the European Commission, direct payments on average amount to 266 euros per eligible hectare. 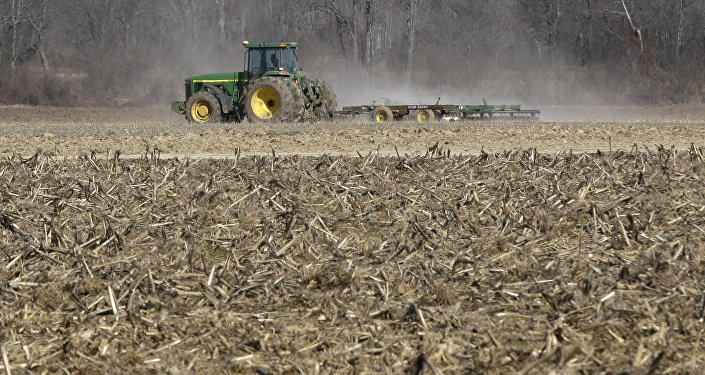 © AP Photo / Danny Johnston
UK Environmental Minister in Conflict of Interest Over Farming Subsidies
Under the CAP, around three billion pounds are currently paid to UK farmers from the European Union per year, a sum that may now have to come from the UK government if environmental costs are to be avoided.

HASTY DECISIONS SHOULD BE AVOIDED

Dame Helen Ghosh, the director general of the National Trust conservation organization, reportedly said last week at the Countryfile Live festival in Oxfordshire that the United Kingdom needed to set up a policy of subsidies and incentives for farmers following Brexit. Ghosh gave an example of farmers ploughing pasture created with EU financial backing "in response to uncertainty about the future and income."

"Ploughing up meadows or sites which have received public payments in the past isn't defensible, and will simply bring the farming industry into disrepute… We understand and appreciate farmer's uncertainty about the future, but there is no need for any hasty decisions," Stephen Trotter, director for England at The Wildlife Trusts non-governmental organization, told Sputnik.

© CC0
Kids 'Sick Everywhere' After Pot Farm Fire Clouds UK Town in Smoke
A cross-party committee of parliament members issued a report in January warning that many of the rules on the environment in the United Kingdom could weaken after Brexit and urged the government to try to pass a new Environmental Protection Act before triggering the formal departure negotiations.

The members of the Environmental Audit Committee said that the UK farmers would face a "triple jeopardy" of tariff and non-tariff barriers on exports, increased competition and losing CAP supplements.

The Brexit talks began in March, and the United Kingdom has until 2019 to negotiate the terms of its departure with the European Union.

Brexit Robots: Farmers to Use Machines to Make Up for Loss of EU Workers