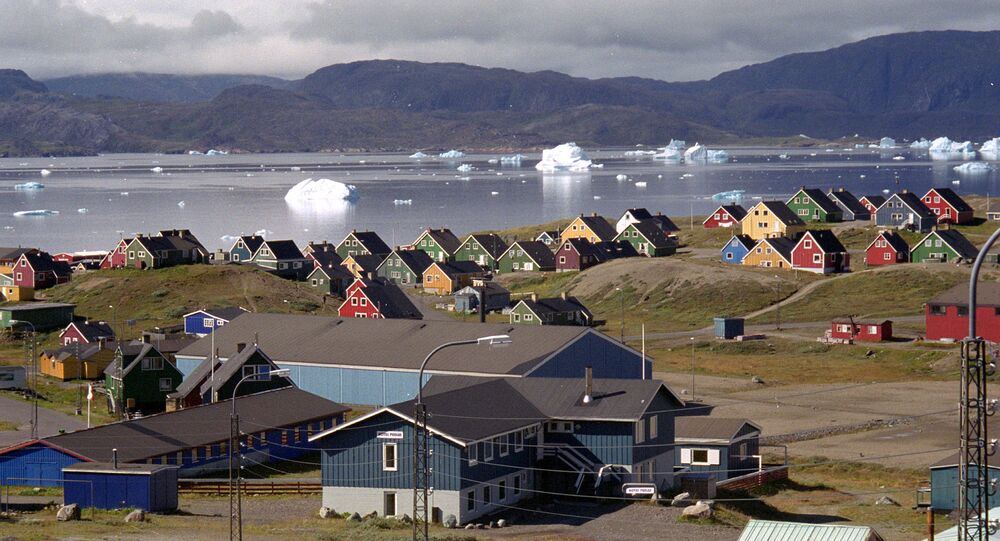 Greenland's Prime Minister Kim Kielsen has been re-elected as chairman of the country's leading Social Democratic Siumut party, and the island nation of just over 56,000 people seems to have re-established itself on the path towards independence from Denmark.

© AP Photo / NORDFOTO
Rare-Earth Monster Mine Fuels World's Largest Island's Dreams of Independence
Winning 48 of the 57 votes from his party, Kielsen efficiently outscored challenger Vittus Qujaukitsoq, who had only 19 votes. Kielsen's victory paves the way for a continued push for Greenlandic independence from Denmark, which has been the dream of many islanders for many decades.

As a matter of fact, it was a race with a more or less predicted outcome as both candidates were in favor of secessionism, albeit with different approaches. While Qujaukitsoq was known as an advocate of a higher-risk accelerated independence due to "arrogance" on Copenhagen's part, Kielsen supports a more moderate approach. According to Kielsen, independence is something that his children or grandchildren can put a date on, Danish Radio reported.

Social Democratic Siumut ("Forward") is Greenland's largest political party, enjoying the support of 34.3 Greenlandic voters. It is currently part of the country's ruling coalition together with fellow Democratic Socialists Inuit Ataqatigiit ("Community of the People"), which is also striving towards Greenlandic independence.

​After Viking and Inuit (Eskimo) colonization in the Middle Ages, Greenland became part of Norway in 1262, but its original Norse settlements vanished during the Little Ice Age, which began in the 15th century. It was later incorporated into the Danish realm. In the aftermath of WWII, the United States offered to purchase the island (which is 1.26 the size of Alaska) for $100 million, but was snubbed.

© Flickr / Stig Nygaard
A Faroe Farewell: Atlantic Archipelago Drifting Towards Divorce From Denmark
In 1979, Greenland was granted home rule, and in 2008, Greenlanders voted in favor of the Self-Government Act, which transferred even more power from the government in Copenhagen to the local Greenlandic government. With Greenland gradually assuming more responsibility for policing, its judicial system, aviation and mineral resources, the Danish government still retains control of foreign affairs and defense.

In 1985, Greenland withdrew from the European Economic Community which would later become the EU, in order to retain fishing rights. Today it enjoys cooperation with the EU over fisheries, which provides substantial revenues and support.

In recent years, relations between Greenland and Denmark have soured following what Greenlanders perceive as negligence in Copenhagen's handling of the toxic waste left from Camp Century, a Cold War-era US military base. As part of the Danish Realm, Greenland has long been urging Copenhagen to "clean up the mess" left by the country's Cold War ally. From WW2 onwards, 32 military sites were established across Greenland, of which only Thule remains in operation.

© AP Photo / John McConnico
Denmark Probes Noxious US Army Base to Settle Toxic Issue With Greenland
However, the US military bases and their toxic remains are only one of the tense issues pitting Nuuk against Copenhagen. Greenland would also like to have a say in decision-making about fisheries, which remain the island nation's foremost industry. Additionally, Greenlanders strive to overcome Copenhagen's dominance in trade and the management of natural resources. While many Greenlandic politicians have been pinning their hopes on mining projects, all potential industrial developments are challenged by an infamously harsh climate and an almost total absence of infrastructure.

At present, Greenland, the world's largest island, is a struggling with its meager population, which could fit inside a large football stadium, as well as and a lopsided economy that is largely reliant on shrimp exports together with a frozen annual subsidy of 3.4 billion DKK ($556,000,000), which is planned to diminish gradually over time.

​Therefore, Kielsen may need to convince fellow Greenlanders of a sustained quality of life, once the island leaves the Danish realm. According to a poll by the Greenlandic newspaper Sermitsiaq, 78 percent of respondents would oppose independence if it meant a drop in living standards.

Greenland Dishes on Denmark to UN over US Junk, Then Backtracks