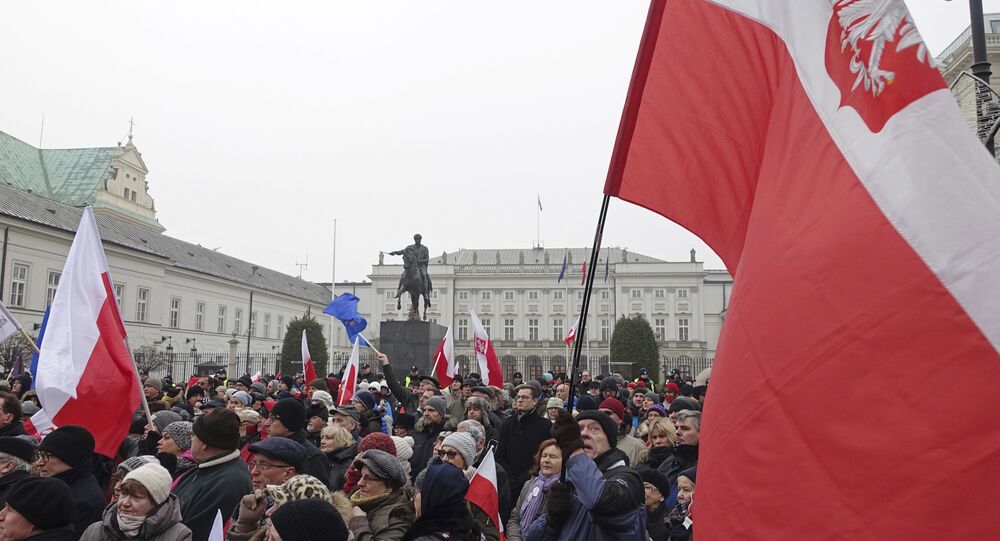 "@EU_Commission postpones once again the use of Article 7 although its recommendations have no effect. RSF disappointed! #Poland," the RSF wrote on its Twitter page.

.@EU_Commission decisions will not stop the Polish government’s attacks on independent media and #journalists. https://t.co/Pay1uwRLqU

​The group pointed out that such a decision would not prevent the Polish government's attacks on independent media and journalists.

"EU_Commission decisions will not stop the Polish government’s attacks on independent media and #journalists," the RSF said.

© REUTERS / Agencja Gazeta/Dawid Zuchowicz
Polish Government Calls EU Claims on Warsaw Judicial Reform 'Blackmail'
A new wave of protests and EU criticism was triggered by the planned judicial reform in Poland proposed by the Polish authorities earlier in July. One such bill outlined a change to the system of appointing Supreme Court justices, which would allow for the dismissal of all current judges not appointed by the justice minister himself. The bill was approved by the Senate on Saturday.

On July 15, the Polish Senate adopted two other controversial bills on judicial reform, both of which were introduced by the PiS. The first outlines amendments to the law on the National Council of Judiciary, under which members of the Council will be appointed by the Parliament. The second draft bill will expand the powers of the justice minister, enabling the official to appoint or dismiss chief judges of ordinary courts.