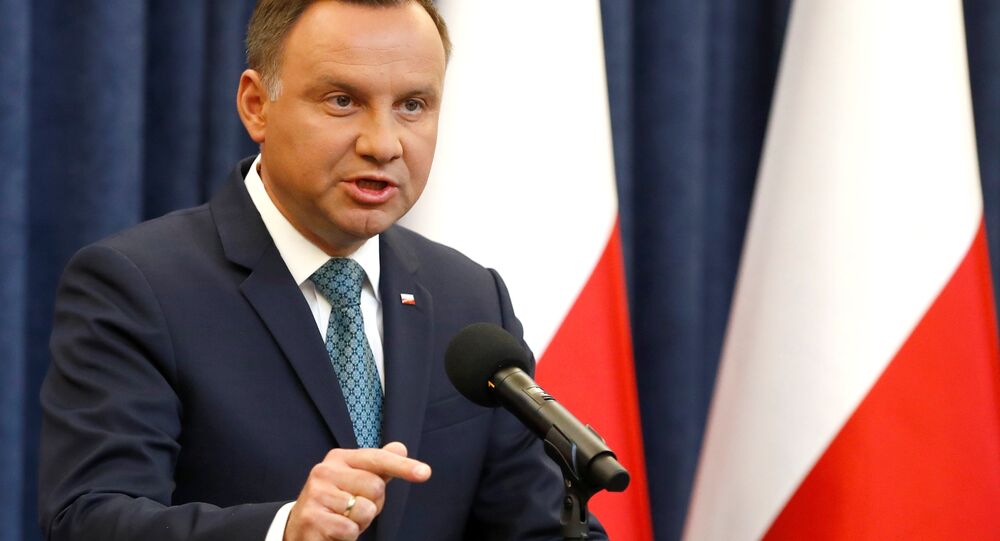 Polish President Andrzej Duda has vetoed a controversial law which would give the government the power to appoint judges to the Supreme Court. Poland's Senate approved the legislation on Saturday, July 22, but a few hours later thousands of demonstrators came out onto the streets of Warsaw to protest.

"I have decided to send back to parliament, therefore, to veto the law on the Supreme Court, as well as the law on the National Council of the Judiciary," Duda said on Monday, July 24.

"This law would not strengthen the sense of justice," he said in a statement which was carried on Polish television.

Opponents of the controversial law say it is undermining the principle of an independent judiciary.

The bill is sponsored by the ruling Law and Justice party. It gives parliament the power to fire the current Supreme Court judges and replace them with judges it nominates.

European Union leaders have criticized the bill for impairing judicial independence and threatening the rule of law.

Earlier in July, the European Commission's vice president, Frans Timmermans, said they could even take the rare step of removing voting powers from a member state.

Pleased that the voices of millions were heard with @AndrzejDuda's veto of proposed change to constitutional court — @giannipittella #Poland pic.twitter.com/l2SbGxJZDW

Mr. Lapinski said Mr. Duda, who had 21 days to sign the legislation into law, saw inconsistency between two articles regarding the appointment of the court's head.

Mr. Duda, a former Law and Justice Party MEP, had towed the party line up until now.

📺What are the @EU_Commission concerns about the independence of the judiciary in #Poland? All you need to know explained by @TimmermansEU ⬇️ pic.twitter.com/l4uvOpKLUH

Earlier this year, the EU warned Poland not to press ahead with the legislation. It followed a warning first issue in July last year. Rafal Trzaskowski, an MP with the opposition Civic Platform party, said Mr. Kaczynski's government was now a pariah.

Poland Must Ensure Judicial Reforms Do Not Undermine Constitution - US