A team of archeologists has uncovered the wreckage of a World War II-era Red Air Force fighter in a village in western Poland, Polish Press Agency reports.

The team discovered the US-built Airacobra fighter plane in the town of Chelm Dolny, about 50 km from the Polish-German border, while searching for another plane believed to have crashed in the vicinity during the war.

"After two days of work in the field and collecting three boxes containing different fragments, we identified the wreckage as an Airacobra fighter," search team member Dariusz de Lorm told reporters. "This is an American aircraft which was supplied to the British Armed Forces, and flown by the Russians."

Researchers were able to confirm the aircraft's model thanks to paint fragments, engine components, and serial numbers stamped on the aircraft's parts.

"We expect to be able to reconstruct the history of this machine – from the moment when it was built to the name of its Soviet pilot," De Lorm said. "It will be easy, since there was a mandatory rule at the time: one plane – one pilot. We want to establish the history that has not yet been described on any [historical] maps. For now, we have yet to find any documents indicating that an Airacobra plane fell here during battle."

© Sputnik / Fedor Levshin
'Point of No Return' for Nazi Germany: 74th Anniversary of the Battle of Kursk
De Lorm noted that during their work, local residents confirmed to the archeologists that another plane – a P-51 Mustang, had crashed nearby during the war. According to the group's information, this type of aircraft crashed in the area on March 18, 1945, but was never found. Researchers will continue their work in the fall, pending approval from local authorities.

The Bell P-39 Airacobra featured a rather unusual design for its time, with the engine located mid-plane, behind the pilot's cabin. Over half of the 9,600 planes built during the war were sent to the USSR under the Lend-Lease program.

In Soviet wartime historiography, the Airacobra became one of the most famous planes of the Great Patriotic War, since it was flown by some of the country's most successful aces, including Alexander Pokryshikin, Grigory Rechkalov, Alexander Klubkov, and Nikolai Gulayev.

#Soviet ace Grigoriy Rechkalov in front of his p-39 Airacobra. He finished the war with 56 victories #ww2 #aviation #Russianhistory pic.twitter.com/28VpC9qviX

In addition to the US and the USSR, Airacobras were flown by the air forces of the UK, Australia, France, Italy (after it switched sides) and Portugal.

Russia and Poland were drawn into a diplomatic scandal this month after Polish authorities approved the destruction of hundreds of monuments dedicated to the Soviet and Polish soldiers who fought to liberate Poland during World War II. Russian sensitivities are associated in large part with the fact that over 600,000 Red Army troops died freeing the Eastern European country from Nazi occupation. 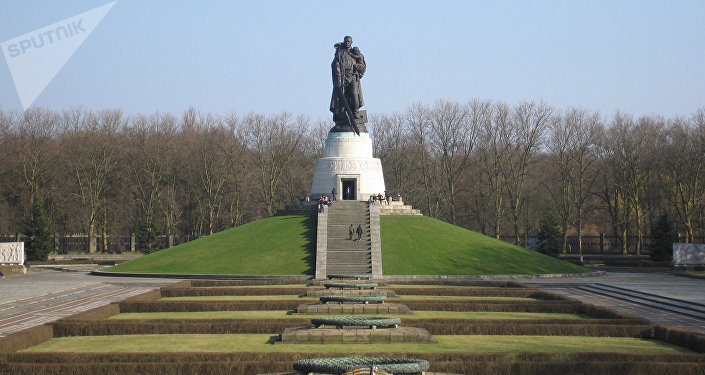 © Sputnik / Alexander Yuryev
'Russia and Europe Must Stand Together Against the Resurgence of Nazism'
Last week, Russian lawmakers appealed to their European colleagues over the Polish government's decisions, and called for educational programs in European countries about the decisive role played by the Red Army in the victory over Nazism, the lessons of the Holocaust, the evils of collaborationism, and Nazism's modern incarnations.

Officials have also said that Moscow may raise the issue in the UN Security Council, and introduce sanctions against the Polish lawmakers who supported the bill, as well as economic sanctions against Poland, going so far as to halt regional border cooperation.