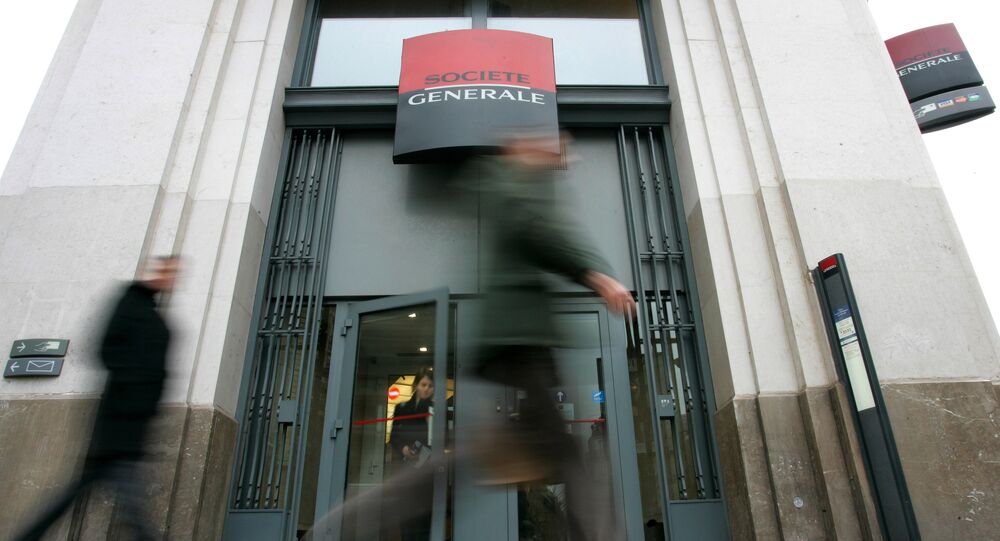 A number of French banking companies will move some jobs to Paris in response to the French government's efforts to boost the city's attractiveness as a financial center, French Banking Federation (FBF) said Friday in a statement amid the ongoing Brexit talks.

© AFP 2020 / EMMANUEL DUNAND
Barclays to Sell Retail Banking Business in France to AnaCap
MOSCOW (Sputnik) — On July 7, French Prime Minister Edouard Philippe enumerated existing advantages and planned reforms that would make Paris the most prominent financial center of Europe, since London's position as a major financial hub may be compromised as the United Kingdom leaves the European Union.

"Minister of Economy and Finance Bruno Le Maire reminded of the responsibilities undertaken by the government to make the financial center of Paris more attractive and competitive in the international environment with a high level of competitiveness. These measures are a a strong signal to foreign banks which have to move their personnel in the European Union as well as for large French banking groups. They confirmed to the Minister that they would naturally choose Paris for this," the statement read.

According to the statement, this may concern about a thousand jobs, triggering a chain reaction, which would result in three indirect employment opportunities for one direct one.

In July, French bank Societe Generale indicated that it would likely have to move a number of jobs to the eurozone, most likely to France. The relocation would affect about 300 or 400 jobs in corporate and investment banking.

Former French central bank governor Christian Noyer said in late June that some banks in London had already obtained licenses that would permit them to operate in Paris after Brexit. According to Noyer, newly elected French President Emmanuel Macron and his willingness to reform France to facilitate business and financial development helped make Paris more attractive to the financial industry.