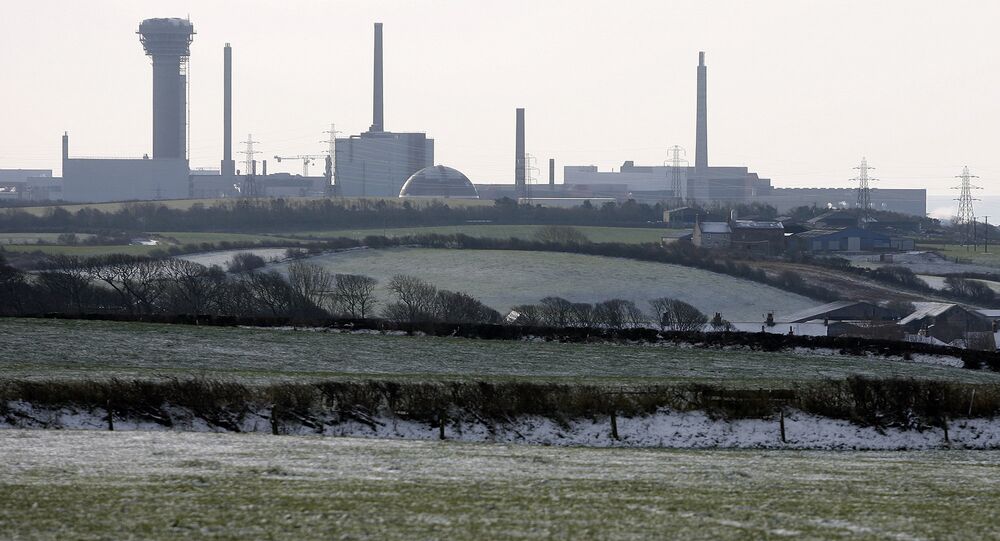 The UK Nuclear Industry Association is concerned over possible disruptions of supplies of various nuclear industry products in case of failure to reach a Brexit deal.

"These concerns are very real. There is a distinct possibility that trade in nuclear goods, including fuel for the reactors, and medical isotopes could stop without a comprehensive new agreement in place," Greatrex said.

Greatrex noted that the UK government needed to reconsider its position and remain either a member or an associate member of the European Atomic Energy Community (Euratom), which is responsible for running the European Union's nuclear materials and power markets.

The official concluded by saying that in order to continue taking an active part in Euratom’s nuclear research and development programs after Brexit, the United Kingdom should set up a new nuclear security regime, make new trading agreements with key nuclear markets including the European Union and settle on a new funding arrangements.

© AFP 2020 / Andy Buchanan
UK Trident Nuclear Submarines Vulnerable to Cyberattacks
This week EU and UK representatives are holding the second round of Brexit talks. The issue of London’s withdrawal from Euratom, which has been controlling the peaceful use of nuclear energy in Europe since 1957, is expected to be discussed during the negotiations.

In March, London announced it would quit Euratom in parallel with the Brexit process, prompting criticism and concerns of the nuclear community. However, in July, the UK government called on Brussels to preserve post-Brexit cooperation between London and Euratom due to the "unique and important" nature of the civil nuclear sector.