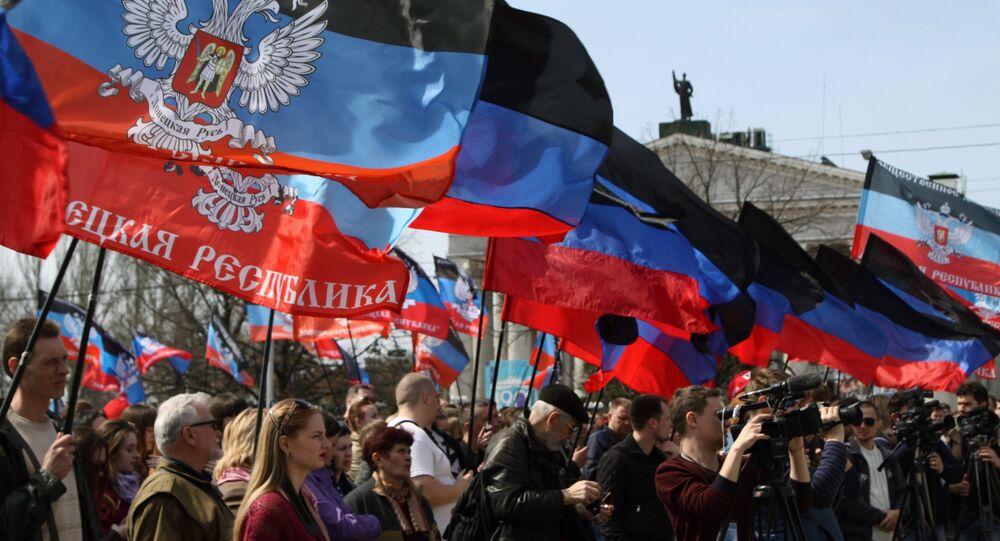 Kiev Not to Allow Implementation of Abkhazia Scenario in Donbass

The Kiev authorities will not allow the establishment of an independent state in Ukraine's eastern Donbass region like it had happened in Georgia in 2008, Ukrainian Foreign Minister Pavlo Klimkin said Tuesday.

"Just at the moment when the Ukrainian delegation is in Georgia, the Kremlin is trying to act out the Abkhazia scenario in Donbass. We will not let them," Klimkin wrote on Twitter.

Just as the Ukrainian delegation is in Georgia, the Kremlin is trying to do in Donbas what it has done in Abkhazia, we will not let them

Speaking of Abkhazia, the minister referred to the Russia-Georgia conflict, which took place in August 2008, when Georgia launched a military offensive against self-proclaimed republics of South Ossetia and Abkhazia, prompting Russia to interfere to protect its numerous citizens living in the region. After the five-day war with Georgia, Russia recognized both republics as independent states.

Abkhazia and South Ossetia declared independence from Georgia in early 1990s, after the dissolution of the Soviet Union.

© REUTERS / Valentyn Ogirenko
Poroshenko Hopes EU to Enhance Role in Donbass Conflict Settlement
The Donbass conflict erupted in April 2014 as a local counter-reaction to the West-sponsored Maidan coup in Kiev that had toppled President Viktor Yanukovych in February. Residents of the Donetsk and Lugansk regions held independence referendums and proclaimed the People's Republics of Donetsk and Lugansk. Kiev has since been conducting a military operation, encountering stiff local resistance.