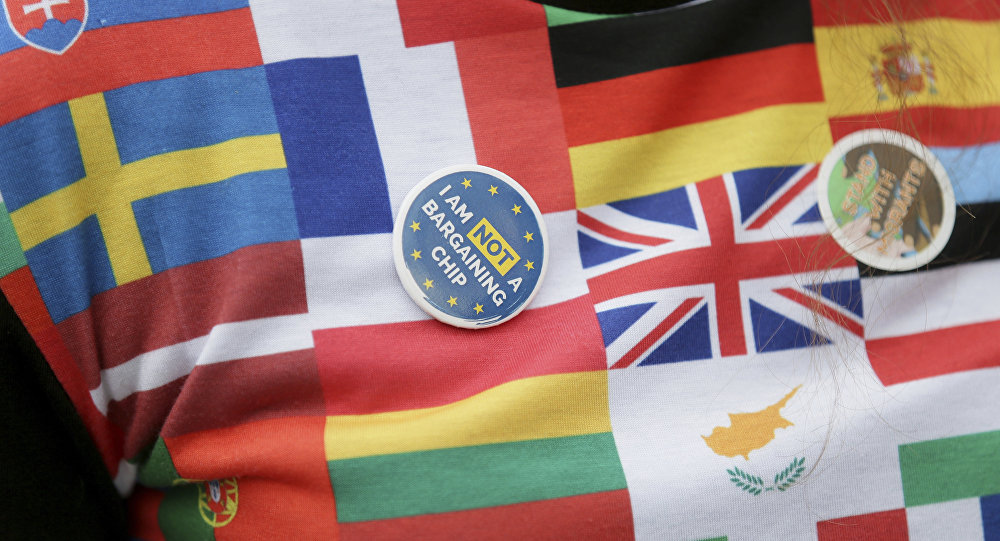 UK Prime Minister Theresa May has been accused of offering EU workers in Britain second-class citizenship. European Parliament's Brexit coordinator Guy Verhofstadt and eight other leading MEPs have said the UK's opening offer on citizens' rights falls short of both the EU proposal, as well as the campaign by the UK Vote Leave team.

The proposal outlined by the PM stated that EU nationals, who lawfully arrived in the country before Brexit, have the chance to build up the same rights to work, gain healthcare and benefits as UK citizens.

Why am I having my Freedom of Movement restricted from 28 countries to just the UK? Who voted to inflict that on themselves?! 😳😩😣 pic.twitter.com/KnfPri6gMV

Sputnik spoke to several EU nationals in London, asking them about their views on the deal and whether they believed they were being treated less favorably.

​One man, who works in a London restaurant and is originally from France, agreed with the European Parliament, saying he felt what was on offer to safeguard EU nationals was not good enough, and that more needed to be done.

"It's not enough, this country is very different, it's difficult to live here. We are working minimum hours and we need to bring in money. The country is very expensive," the restaurant worker said.

Not everyone agreed however — some said the UK government had been fair in its treatment of EU citizens.

"I am from Poland originally. I would say we are treated fairly."

There are some EU nationals who are very worried about their current status and believe over the next few months this concern will only grow.

"I am from Italy originally and I've been living here for quite a long time. I'm a bit worried about the next few months and years. They might change our rights, and if friends and family visit, they may need to apply for a visa. That is my concern."

As Brexit negotiations continue, the future it seems is still unclear for EU nationals.