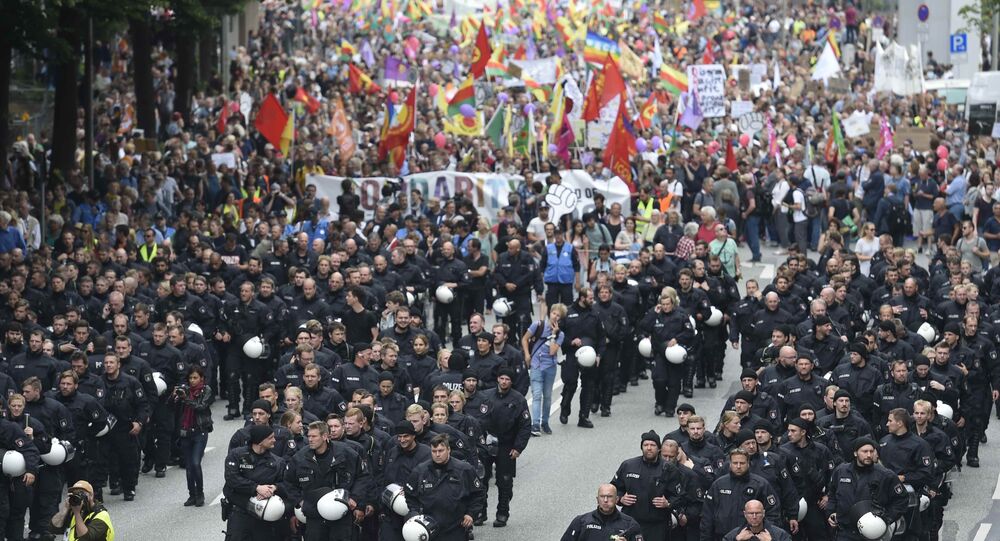 The German government will take decisive actions against those who who took part in the violent protests that broke out in the German city of Hamburg amid the G20 international summit, country’s Justice Minister Heiko Maas said Saturday.

MOSCOW (Sputnik) — The G20 summit kicked off on Friday in the German city of Hamburg and concluded on Saturday, bringing together the high-ranking officials of world major economies. Thousands of demonstrators protesting against the international summit and globalization among other issues took to the streets of the city, with some of the anti-G20 rallies have turned violent. According to the local police, over 200 police officers have been injured in the clashes.

© REUTERS / Hannibal Hanschke
Merkel Strongly Condemns Anti-G20 Violent Protests in Hamburg
“These are not just participants of the rallies, they are a serious criminals and warmongers. The responsibility for this immoral violence lays on the intruders. They have to answer for this in court. Our rule-of-law state will react to this with all commitment,” Maas told the Bild am Sonntag newspaper.

The official noted that a new level of violence was reached when the protest groups raided the streets.

The radical Black Bloc group participated in the protests in Hamburg earlier in the day and while police initially managed to disperse the radicals, later the authorities reported about bottles thrown at officers.