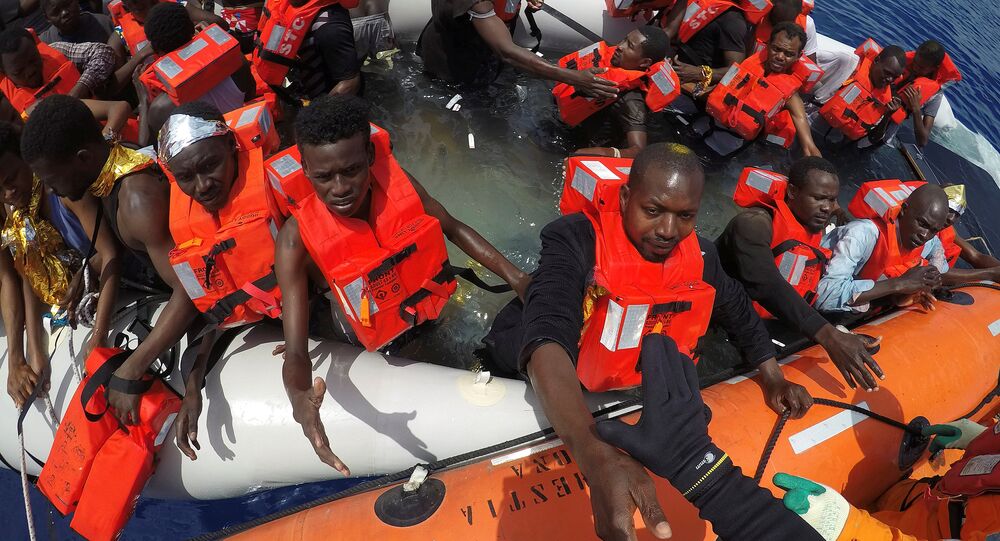 101,266 migrants and refugees arrived in Europe via the Mediterranean Sea in the first six months of 2017, while 2,297 died or missed, according to the statement of the International Organization for Migration (IOM).

MOSCOW (Sputnik) — A total of 101,266 migrants and refugees have arrived in Europe via the Mediterranean Sea in the first six months of 2017, with almost 2,300 dead or missing, the latest data released by the International Organization for Migration (IOM) on Friday revealed.

© REUTERS / Stefano Rellandini
At Least 60 Migrants Went Missing in Shipwreck in Mediterranean Sea
​On July 4, the IOM called on EU member states to boost cooperation to help refugees fleeing across the Mediterranean as well as step up aid to Italy, which struggled to accommodate the biggest share of arrivals.

At Least 60 Migrants Went Missing in Shipwreck in Mediterranean Sea