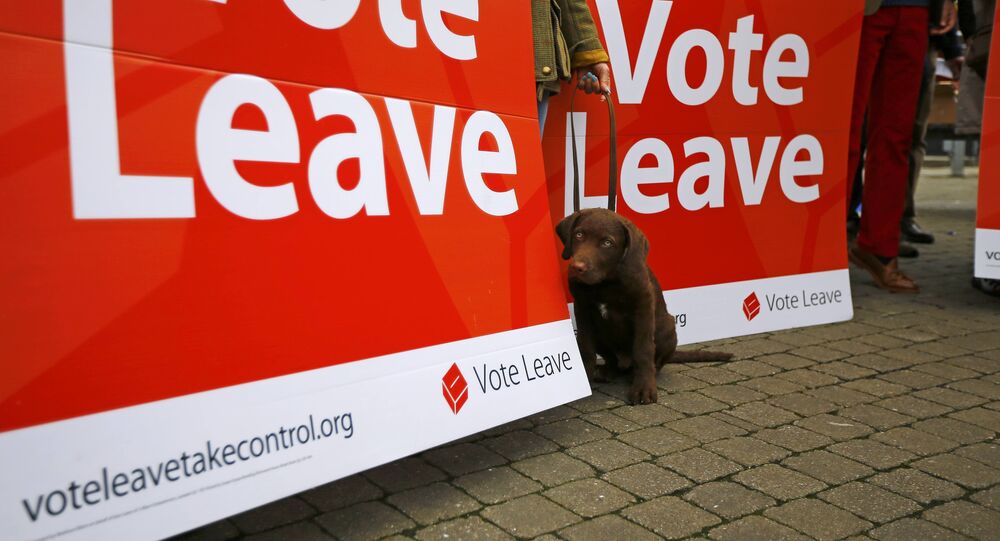 The director of the official Vote Leave campaign, Dominic Cummings has changed his tune saying that the vote to leave the EU was a "dumb idea" and that Brexit was a huge mistake. Mr. Cummings regrets the fact that other alternatives to reform Britain's relationship with the EU were not considered before going down the Brexit route.

His comments were made during a Twitter exchange on July 4, where Cummings was asked whether he regretted anything about the June 2016 referendum outcome. Cummings wrote on Twitter:

Lots! I said before REF was dumb idea, other things shdve been tried 1st. In some possible branches of the future leaving will be an error

He said that the government's negotiating strategy was "chaotic" and a "farce," and that Brexit would be a "guaranteed debacle" if Whitehall fails to make substantial changes.

The Vote Leave campaign has not been without its controversy, they famously made a claim that Brexit would allow for an extra US$452 million (£350m)  per week to be invested in the National Health Service (NHS).

If Leave MPs don't assert themselves to force MANAGEMENT changes on No10/DEXU, Brexit talks = guaranteed debacle as Ive said for a year

​Outgoing Liberal Democrats leader Tim Farron said that Cummings had lied to the public. Farron then went on to call for a second referendum.

"Dominic Cummings has let the cat out of the bag. This is the man who slapped the £350 million NHS lie on the side of the bus who is now saying leaving the EU could be a mistake, Tim Farron said.

"These Brexiteers have sold us a pup and lied to the public. This is why I believe the public should be given a say on the final Brexit deal," Farron added.

Dominic Cummings, the man who created the £350 million lie on the side of the bus, admits leaving EU could turn out to have been a mistake https://t.co/TWiFfuHmbo

​Cummings' remarks come a day after a poll found that the majority of Brits would vote Remain if the EU referendum were held today.

According to a Survation poll, 54 percent would vote Remain if they were heading to the polls now, while only 46 percent would back Brexit.

A majority (52 percent) voted to leave the EU in the June 2016 referendum, while 48 percent voted to remain.

Britain May Lead European Union Military Mission Even After Brexit