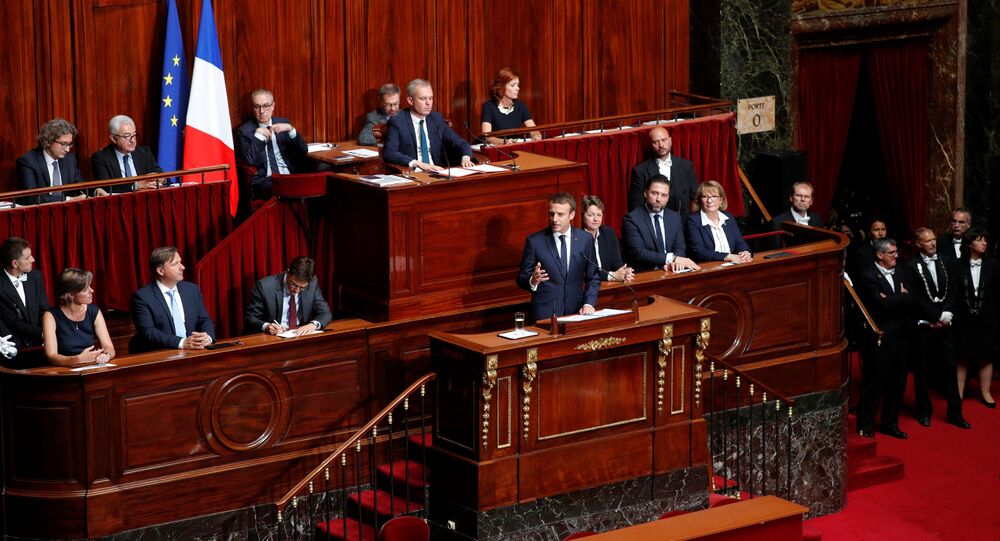 Only 26 percent of French nationals were convinced by President Emanuel Macron's recent speech to the country's Congress at the Versailles Palace, a fresh Harris Interactive poll for RMC and Atlantico revealed on Wednesday.

According to the poll, French citizens are still favorable of certain proposals made by the prime minister, with 80 percent supporting the decrease of the housing tax, 79 percent — the review of the benefits for handicapped adults and 70 percent approving the creation of 15,000 extra places in prisons.

At the same time, 50 percent expect the policy of Philippe’s government to result in the increase of taxes, while 38 percent believe there will be no changes despite the prime minister's promise to ease the tax burden, and only 10 percent expect the decrease in taxes, the survey revealed.

Macron announced in his address on Monday that the state of emergency, introduced in the country after terrorist attacks in 2015, will be lifted this fall.