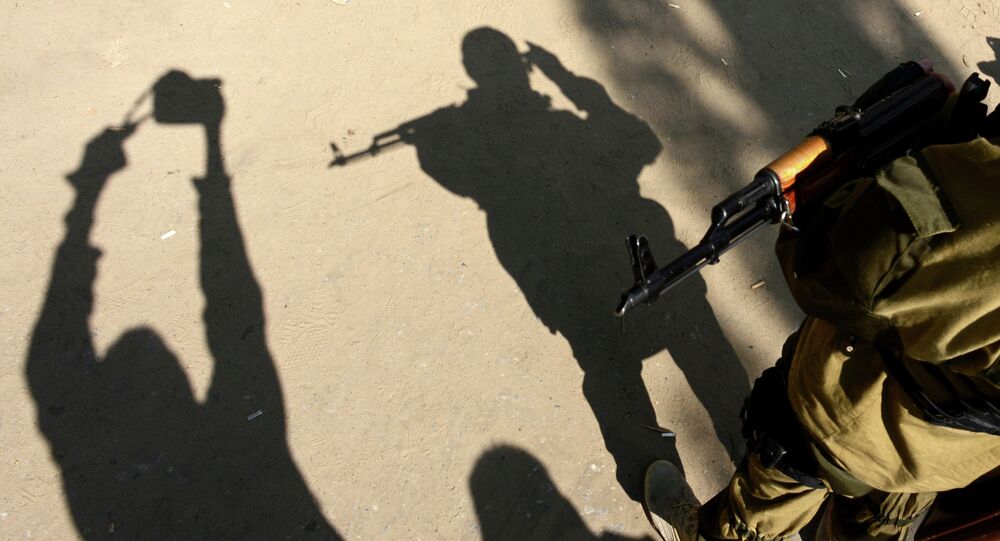 A shaky ceasefire timed to the summer harvest has come into force in eastern Ukraine despite the country’s Defense Ministry saying no final deal was reached.

Less than an hour after the arrangement entered into force, authorities in the self-proclaimed Donetsk People’s Republic told Sputnik that Ukrainian forces had fired grenade launchers in the direction of its capital, Donetsk.

"Since midnight, we’ve detected automatic grenade launcher attacks in the direction of Donetsk. No artillery fire has been registered starting at 00:00 [21:00GMT]. We detected artillery fire by Ukrainian forces before midnight," a spokesperson at the DPR Defense Ministry said.

© AFP 2021 / THOMAS KIENZLE
Ukrainian President Says Changing Normandy Four Format Unnecessary
This is the fourth attempt this year at forcing the warring parties to lay down their arms and allow a peaceful life to resume in the Donbas region, torn by more than three years of fighting.

Officials in the breakaway Luhansk and Donetsk regions vowed to honor the pact. Ukraine's Defense Ministry spokesman Andriy Lysenko argued on Friday that no final deal had been made but added they would go along with the plan.

Contact Group on Ukraine Agrees on Donbass Ceasefire From June 24