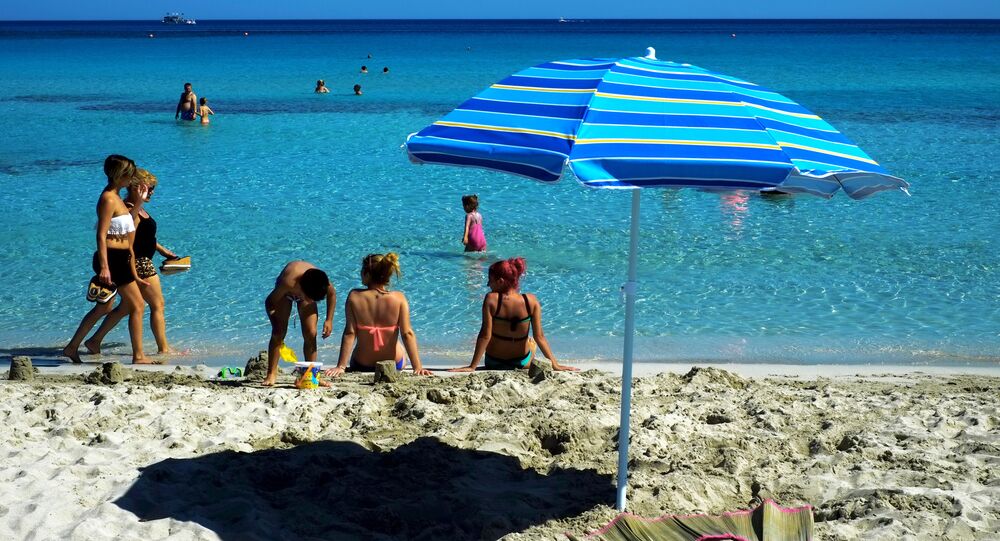 Cypriot Finance Minister Harris Georgiades said that Nicosia supports a new relationship between the United Kingdom and the European Union, which should be "as close as possible."

© Sputnik / Boris Babanov
Cyprus Expects More Russian Tourists Than in 2016 - Ambassador
MOSCOW (Sputnik) — Cyprus is not worried about the possible negative impact on Brexit on its economy, as the flow of tourists from the United Kingdom and international business will help Cyprus avoid direct damage, Cypriot Finance Minister Harris Georgiades told Sputnik on Thursday.

"Obviously, the Brexit cannot be considered by us as a positive development, especially for political reasons, but at the same time we are not particularly concerned about a direct negative economic impact. Tourist arrivals from the UK remain strong, and the competitive advantage of Cyprus as an international business centre may even bring opportunities," Georgiades said, adding the Cyprus respects the decision of the United Kingdom to leave the European Union, while still regrets it.

According to the minister, Nicosia supports a new relationship between London and Brussels, which should be "as close as possible."

© REUTERS / Peter Nicholls
As Brexit Pushes Record UK Tourism Figures, What's Your Perfect Destination?
The majority of tourists arriving to Cyprus annually come from the United Kingdom. According to the country's Statistical System, the number of UK tourists who had visited the country in 2016 was over 1.1 million. In the first five months of 2017 alone, over 360,000 tourists from the United Kingdom have already made a trip to the island nation.

Because of its strategic geographical location, well-developed banking sector, simple and low taxation, and high quality of financial and business services, Cyprus, a member of the European Union and eurozone, is considered an important international business center. The nation's government is working to reduce the barriers for setting up business in Cyprus, as well as simplify business procedures for foreign citizens.