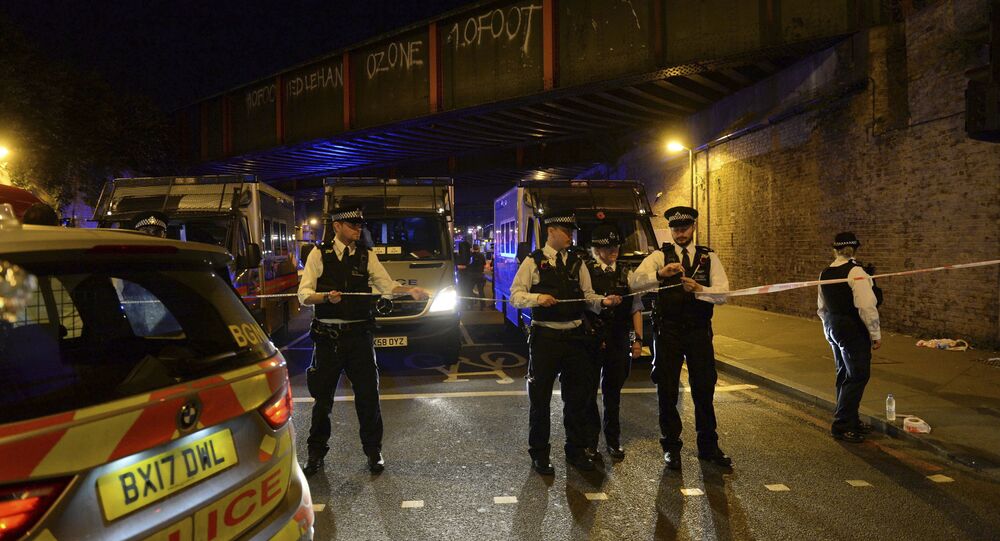 Although right-wing extremism is a relatively marginal phenomenon, it nevertheless elicits substantial attention in the Western media. According to Norwegian researchers, right-wing extremists are taking cue from jihadists and adopting their methods.

© AFP 2020 / JONATHAN NACKSTRAND
From Hundreds to Thousands: Sweden Crawling With Daesh Sympathizers
Recently there was a vehicular attack in London, where a van rammed into a group of Muslims in the northern part of the city, injuring ten people. Norwegian researcher Jacob Ravndal from the Center for Extremism Research at the University of Oslo pointed out that car attacks have become a new method even for right-wing extremists, which he deemed "unsurprising."

Previously, a spate of terrorist attacks (with cars being used as deadly weapons) has swept across Europe. Ravndal pointed out a largely unnoticed vehicular attack in Malmö, Sweden.

"Only a week ago, a neo-Nazi attempted to drive a car into an immigrant demonstration in Malmö, but failed when he collided with a tree. It is striking that a new vehicular attack targeting Muslims happened only shortly thereafter," Ravndal said.

The 22-year-old Swedish man plowed his swastika-sporting Volvo into an Iraqi demonstration against Sweden's stricter asylum rules outside the Migration Board's office in Malmö, which was classed as a hate crime, Swedish national broadcaster SVT reported.

© AFP 2020 / ABBAS MOMANI
Danes, Norwegians Fall Out With 'Feminist Terrorist' Palestinian NGO
The recent Finsbury Park incident in London came in the wake of several major Islamist attacks, which were in England and were carried out during Ramadan, a traditional month of daytime religious fasting among heroes. This led many to express concern that the number of right-wing terrorists is going to pick up as a response to jihadist attacks.

Jacob Ravndal pointed out that right-wing violence has trended downward over the past 20-30 years, without a single attack with fatal outcome happening in 2014. Nevertheless, despite the insignificantly low numbers, Ravndal ventured that right-wing retaliation was not unexpected," given the amount of Islamist terror committed."

"Full-blown terrorist attacks by organized groups are rare. They are mostly committed by lesser groups such as the NSU in Germany or lonely attackers, where psychiatry comes in the picture," Ravndal said.

© Photo : Youtube/Channel 4 News
Women and Children: A Closer Look at Sweden's Jihadists
After having gone through 500 cases of right-wing violence in Europe, Ravndal pointed out immigrants, leftists, Muslims, government officials and homosexuals as the most likely targets. So far, knives have been seen as the weapon of chioice. Remarkably, the July 22 attack in Norway by Anders Breivik (now known as Fjotolf Hansen) was by far the most complex right-wing attack involving firearms and explosives.

According to the recent terrorism report by Europol, a total of 142 terrorist attacks happened across Europe in 2016. While jihadist attacks accounted for the vast majority of deaths, the report also highlighted the fact that attacks by violent leftist activists have been on the rise since 2014, peaking at 27 in 2016. The same year, only a single right-wing terrorist attack was carried out, when a mosque in Enschede, the Netherlands was attacked with Molotov cocktails.